First Steps Towards Restoration at the Frederick & Grace Bagley House

Now that the Frederick and Grace Bagley House is safely in the hands of preservation-minded owners Safina Uberoi and Lukas Ruecker, work can move forward on stabilizing the house for winter and planning for restoration. Safina and Lukas are planning to commission Harboe Architects to prepare a Conservation Management Plan (CMP). The CMP will include an in-depth investigation into the physical history of the house and will articulate the goals for the house’s restoration. It will provide the roadmap used for future restoration and renovation work.

The CMP process will take nine months to a year, before the start of actual restoration work. In order to learn as much as possible about Wright’s original design, Harboe Architects’ team will analyze finishes, examine wood details and probe into inaccessible spaces. Investing in this process upfront will pay off. As Safina puts it, “We learned the hard way with our restoration work on the Tonkens House that research and planning are absolutely critical to a successful project.”

The first step in addressing basic maintenance was to clean out the basement. Safina and Lukas asked the previous owners to leave any materials in the basement that that they did not wish to move, in case there might be items original to the house. Such caution is well placed, as haste in the process of restoration can obscure clues that could lead to a more accurate finished product.

What remained in the basement was the accumulated material of the previous owners’ forty-plus years of occupancy. While it is tempting to allow storage spaces to fill with unused possessions, the Conservancy encourages all owners to include regular cleaning and removal of unneeded items as a part of a house’s ongoing maintenance. It is particularly important to carefully store or remove toxic materials used in pest control or lawn care. The Building Conservancy’s July 2020 Tech Tip goes into further discussion of this critical issue.

The Conservancy’s preservation programs manager John Waters spent several days in early November at the house with Safina to begin the process of clearing out the basement. Despite multiple runs to Goodwill, a trip to a toxic waste disposal center in nearby Naperville and recycling anything recyclable, they still filled a thirty cubic yard dumpster with debris from the basement! 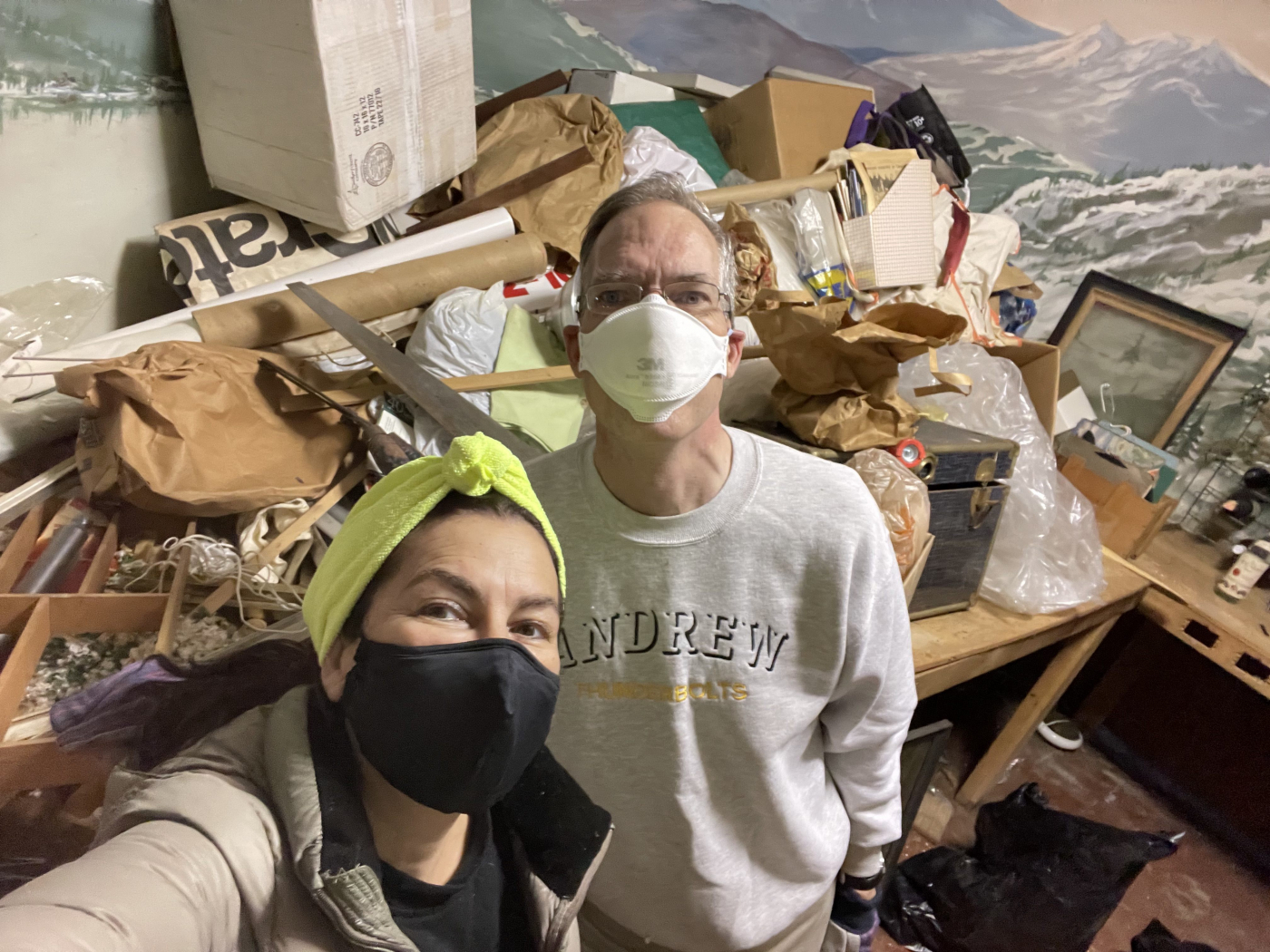 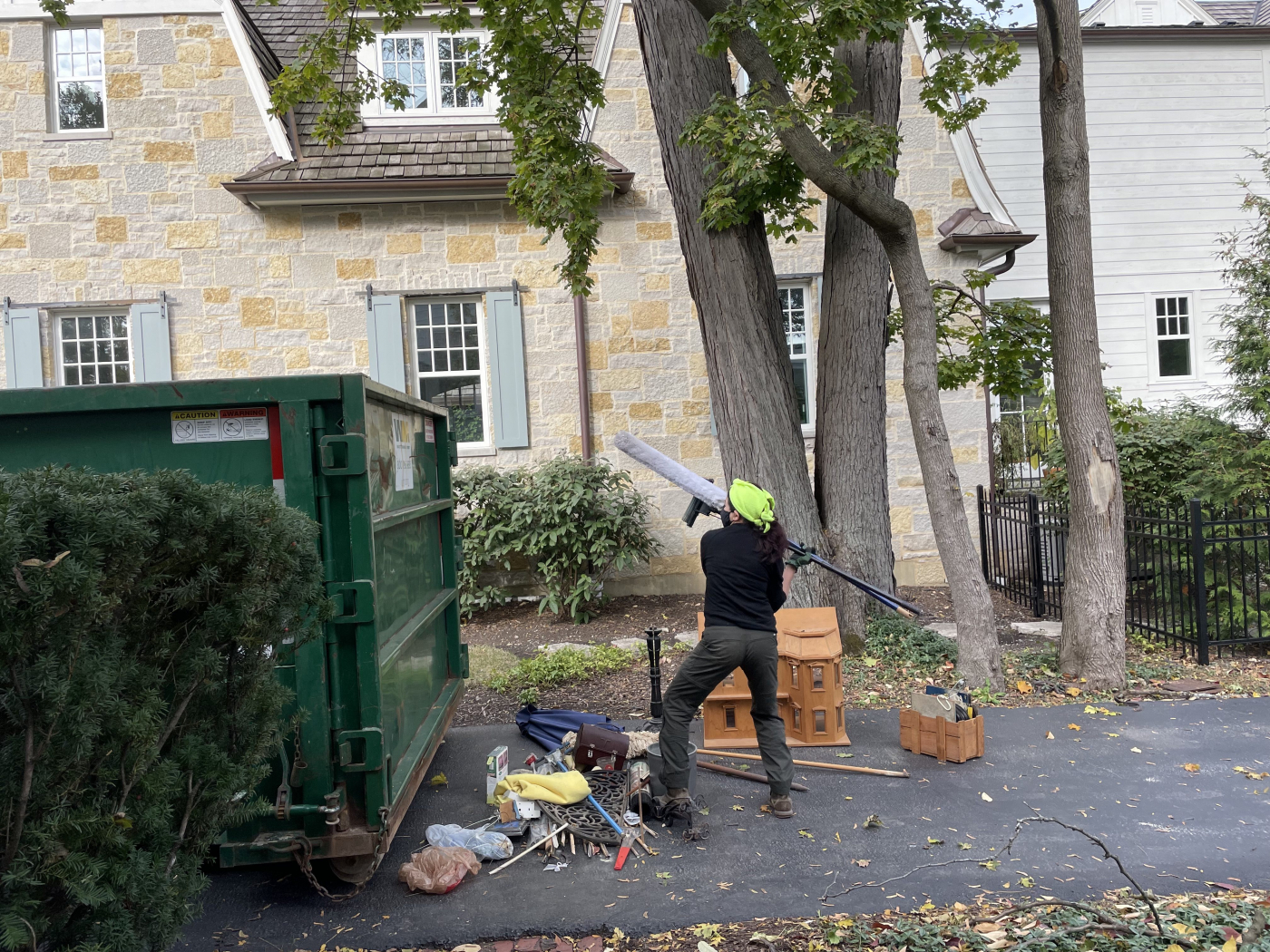 Safina taking aim at the dumpster at Bagley House!

Making sure the Bagley House is secure for this winter is the top priority right now. Much of late November and early December was spent scheduling visits by contractors to service key systems: HVAC, plumbing and electrical. A list of stabilization requirements was developed, using input from Harboe Architects and the Conservancy’s Architectural Advisory Committee. John made sure that the service providers understood the requirements for stabilization within a preservation context. The list included:

It’s particularly important to have heating systems serviced regularly, as overtaxed systems put a house at risk for fire. Last week the boiler for the hot water radiators in the original section of the house and the furnace that supplies forced-air heat for the rear addition were serviced. Aging components in these systems were identified for replacement.

Meanwhile, the house is revealing small clues about its past, even before Harboe Architects begin their investigation in earnest. A significant portion of the original interior trim has been removed, but traces remain that will be critical in the restoration of the major interior spaces. An example of this is found near the living room fireplace. While the marble facing and ionic columns of the fireplace niche have been removed and other details altered, a close inspection of the woodwork in the area, compared with Wright’s drawings and the one known historic interior photo, indicates that much original trim remains intact. The profile of the molding that caps the baseboard in Wright’s drawings appears identical to the existing molding. Also, a mitered cut in the existing cap molding shows where vertical elements once were located. Small clues like this will be important to understand and ultimately recreate the house’s original detailing. 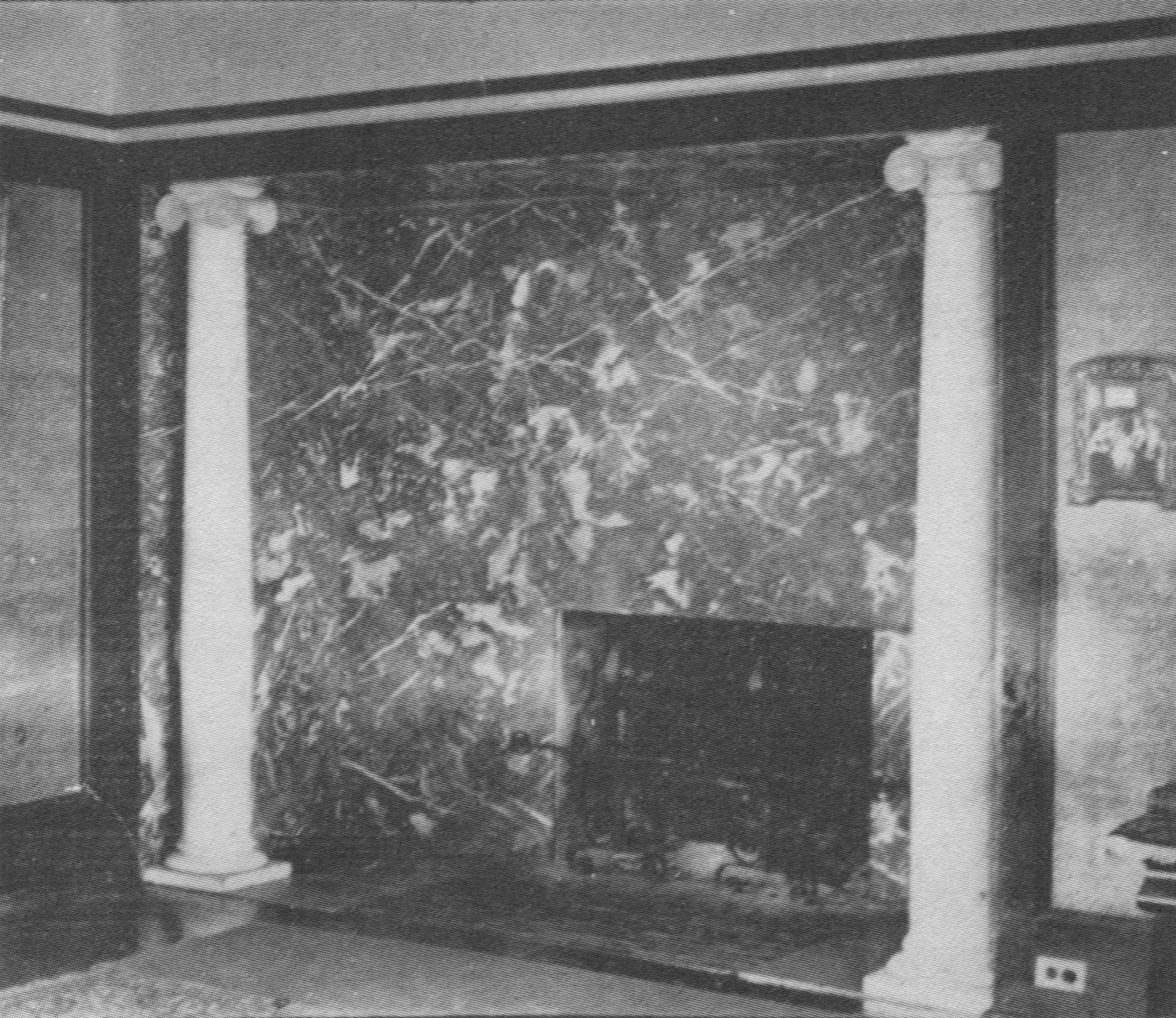 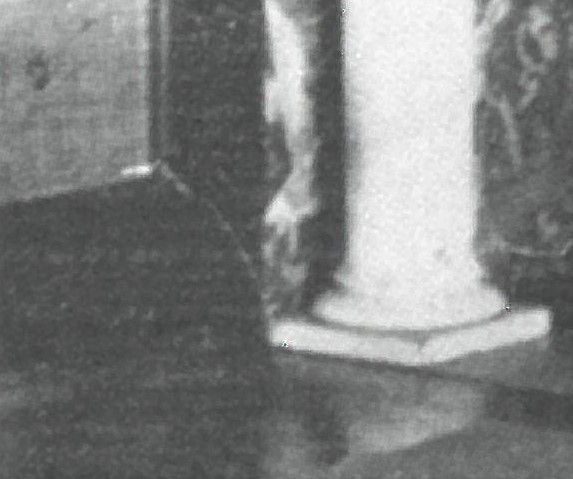 Baseboard and wood work at the north end of the fireplace alcove, enlarged from historic Manson photo. 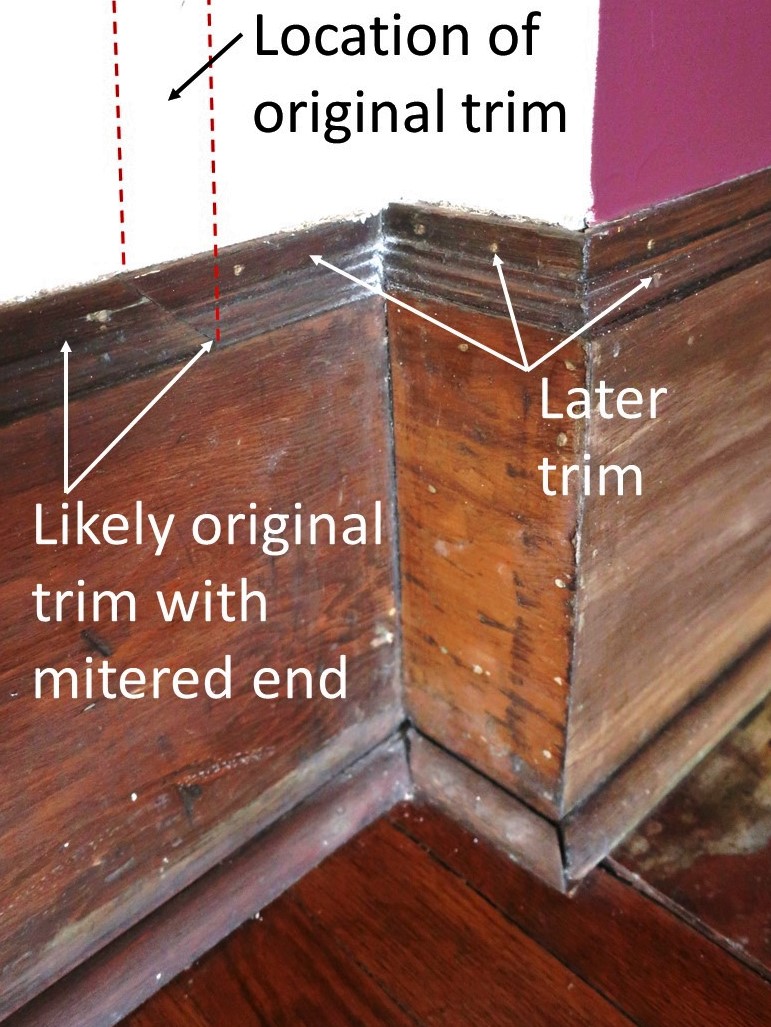 Baseboard and wood work at the north end of the fireplace alcove, current conditions.

The degree to which Wright’s detail drawings were adhered to in construction has yet to be determined. Wright called for picture molding throughout the first and second floor of the house. Was this molding installed? A remnant in one of the second floor bedrooms indicates that it may have been. 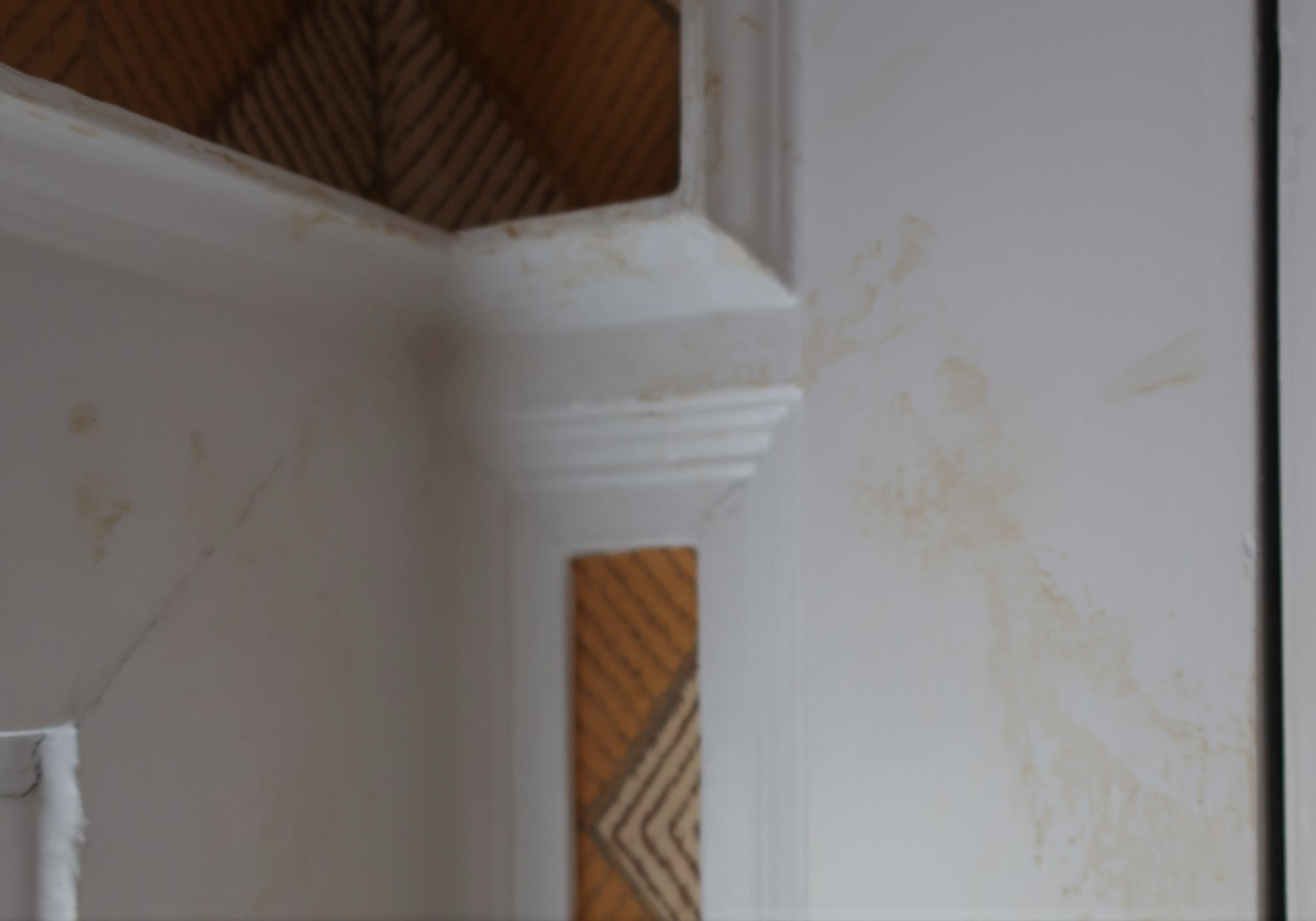 As investigation into the house’s physical past moves forward, architectural historians Jean Follett and Julia Bachrach are beginning research on the house for nomination to the National Register of Historic Places and as a Hinsdale landmark. Their initial research has revealed that Grace Bagley was a social reformer who worked closely with Jane Addams. While living in Illinois, Grace Bagley contributed to child welfare and tenement house reforms, and she later became a national leader in the women’s suffrage movement. 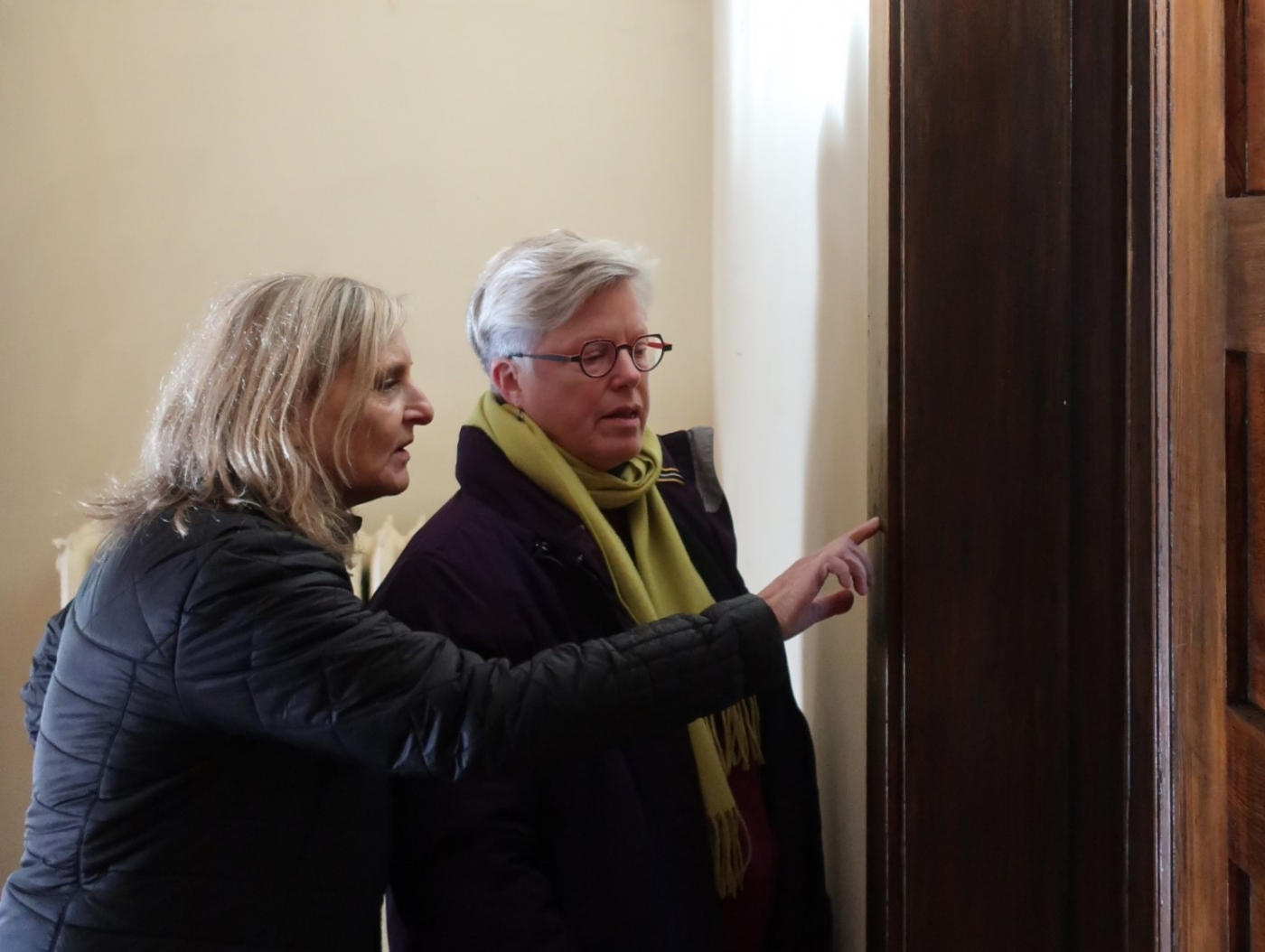 In early December, Jean and Julia visited the house to do photography for the nominations. They met with John Waters and all three shared their research and insights into the history of the house. As part of the nominations, Julia and Jean will be reviewing the degree to which the house retains original features and materials. This is known as “historic integrity.” A major question was whether there was evidence of the house’s original wood shingle exterior. So Jean, Julia and John peeled back the modern siding in two locations, and indeed, clear evidence of wood shingles remained! Whether these are the original shingles or not is yet to be determined, but what was revealed appears consistent with the earliest known photos of the house. 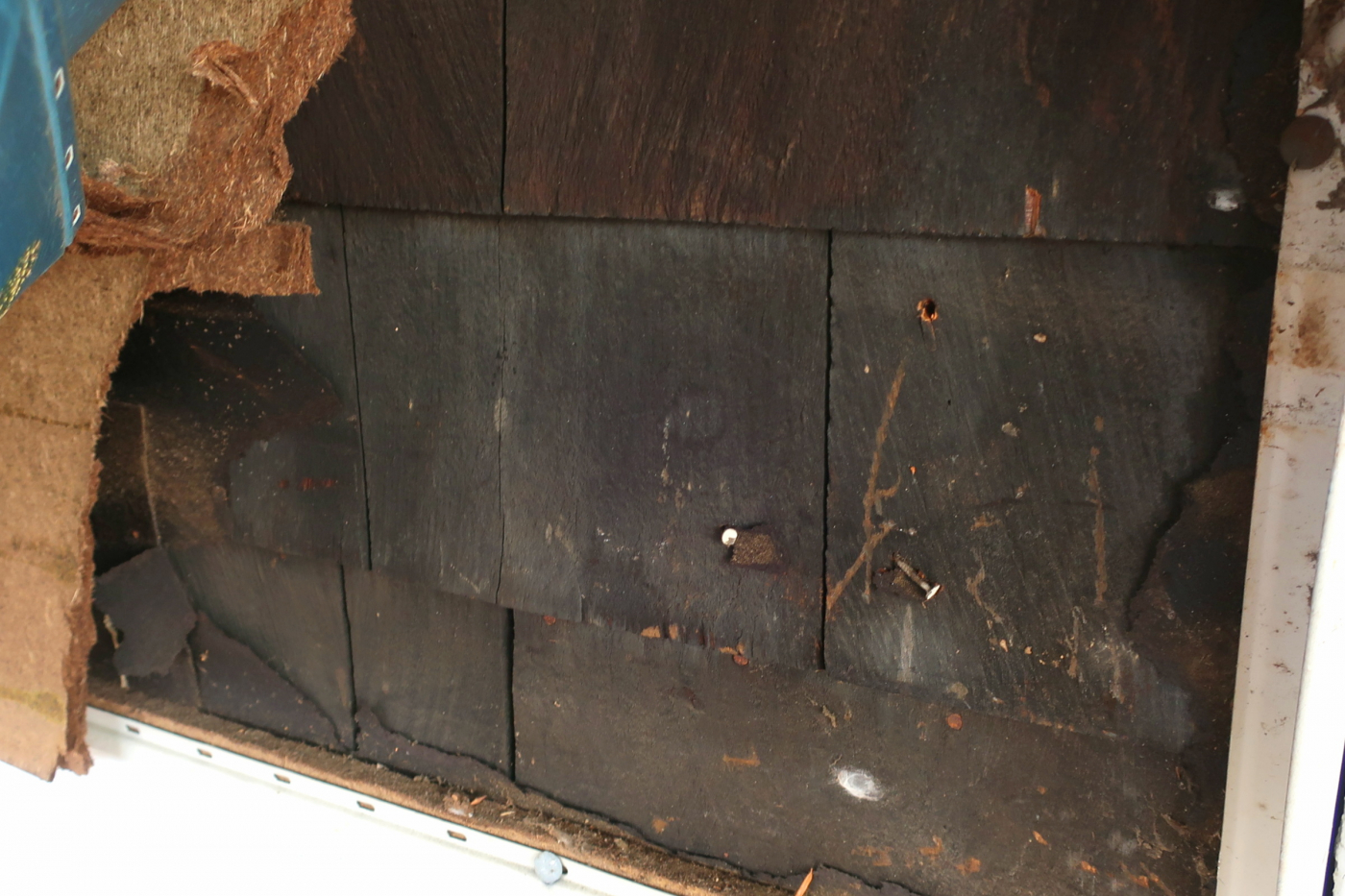 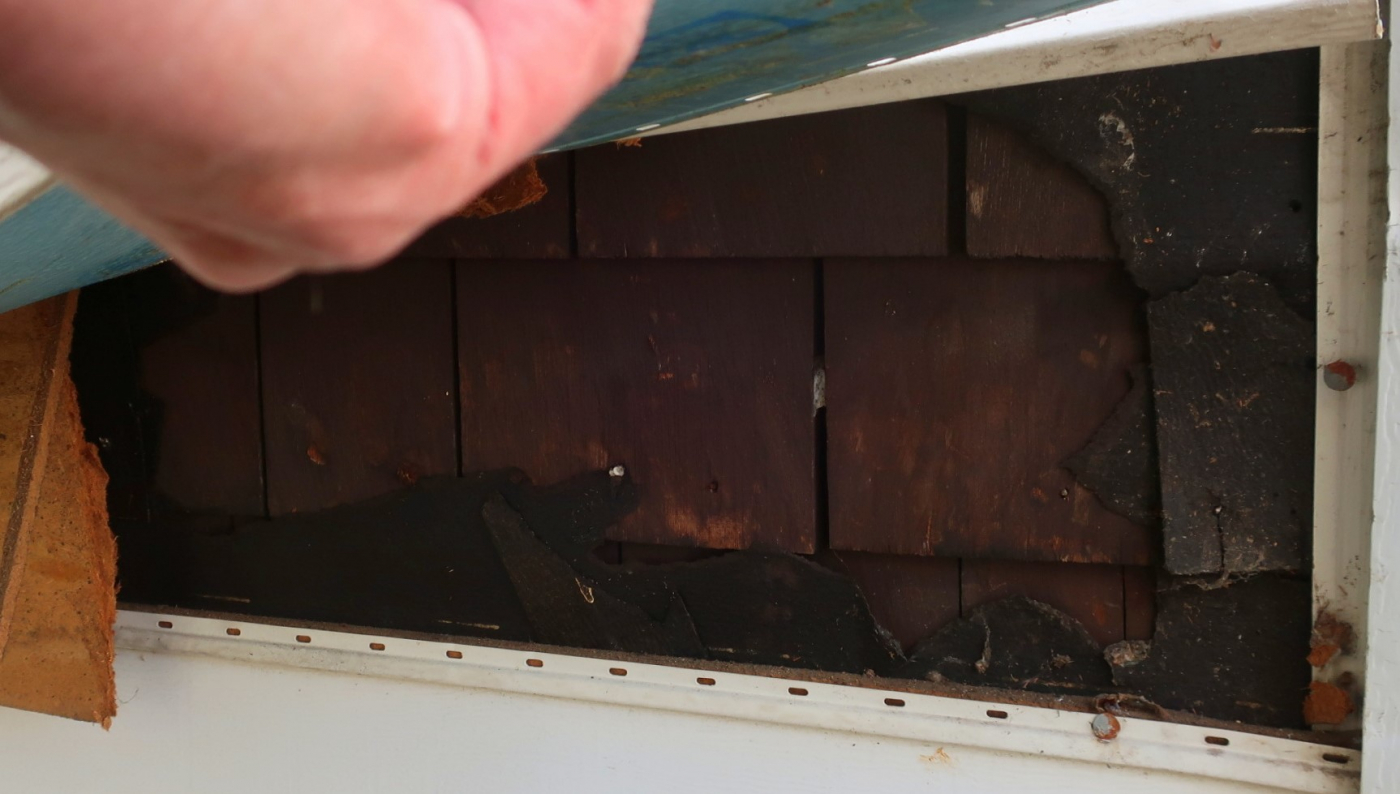 Shingles on the rear of the octagonal library, Bagley House

As the house continues to reveal its past, the Conservancy will share updates. Be sure to subscribe to our E-News or follow us on social media for the latest!