Frank Lloyd Wright’s 1950 Mathews House in Atherton, California, is on the market for only the second time in its history. The house is a pristine example of Wright’s Usonian period, which spanned the last two decades of his career. The Usonian house is in many ways the summation of Wright’s residential design principles and the Mathews House was recently listed on the National Register of Historic Places as an “excellent” example of the type.

At the Mathews House, Wright carefully relates spaces so that rooms are expansive yet still intimate and well-scaled to human use. Large windows and French doors on the terrace side of the house allow flow from inside to out. The brick and redwood walls that separate interior from exterior are not “veneer” walls, like most modern construction, but are the actual structure of the building. The unity of form and structure, as well as the natural materials that are used in the house’s construction, emphasize the continuity between interior and exterior. Its broad eaves naturally modulate the interior environment, shading the house from the heat of the summer sun and accentuating a sense of shelter throughout the year.

Other elements of the house are also typical of Wright’s Usonians. The house’s warmly-colored concrete floors flow throughout the house and outside to the terrace area. The floor is inscribed with the house’s four-foot equilateral planning grid. All walls and window and door openings are related to this unit. This leads to the generous four-foot openings of many of the windows and French doors. Because the angles of the parallelogram unit are 60 and 120 degrees, there are almost no 90-degree angles in the house. Wright maximized the use of 120 degree angles, as he felt that they were much more conducive to comfortable human movement than the sharper 90-degree angle.

This is a rare opportunity to own a work by America’s most prominent architect – the only modern American architect whose work has been inscribed on the UNESCO World Heritage List. 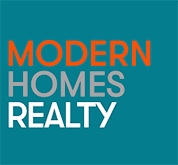