A 299-foot residential tower proposal near Unity Temple is canceled thanks to the efforts of the Conservancy and its partners.

On March 22, in a letter directed to the Frank Lloyd Wright Building Conservancy, Unity Temple Restoration Foundation, Unity Temple Unitarian Universalist Congregation, and Landmarks Illinois, a senior representative of Golub & Company LLC gave notice of the developer’s decision to terminate its efforts to redevelop the land at 835 W. Lake St. in Oak Park, less than half a block from the Wright-designed Unity Temple. The letter acknowledged that feedback from the local community and the coalition of advocacy organizations working in the best interest of the newly restored landmark led them to conclude that they did not have sufficient support for the project.

The proposal called for a 299-foot residential high-rise located two lots east of Unity Temple along Lake Street in Oak Park. With the current zoning in the area topped out at 45 feet, this new residential development would have drastically changed the scale of the block, in addition to casting shadows on Unity Temple’s sanctuary and Unity House during key morning hours of church services. 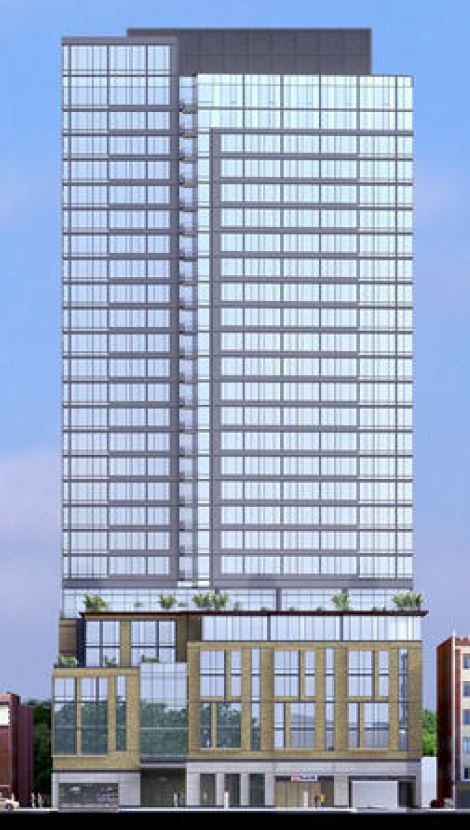 Professional architects with whom we consulted stated that if a structure more than 100 feet in height is built at 835 Lake St., it will greatly increase shadowing both into the sanctuary and Unity House, and severely alter Wright’s design intention in those spaces. The Conservancy had been involved in meetings with the developer, congregation and restoration foundation to consider other design solutions. In early March, the Conservancy and others representing the interests of Unity Temple made a formal statement to the developer and village leadership that this building was out of scale and context to the block.

Not only did our serious concerns of how light, shadows and context would affect the integrity of the building and the experience within the space, but there is high probability that this or any development above the current underlying zoning would negatively affect the urban scale and historic streetscape of this block of Lake Street. In addition, 45 feet is the current underlying zoning that is the basis for the buffer zone around Unity Temple in the World Heritage nomination that was submitted in 2018 and will be decided this summer. It is important that this zoning be respected and supported to protect this potential World Heritage site.

The Conservancy and its local partners wish to sincerely thank Golub & Company for the constructive dialogue and their decision not to proceed with the development.

The Frederick Bagley House (1894) is listed for sale with no legal protections to...