On July 7, 2019, The 20th-Century Architecture of Frank Lloyd Wright was inscribed on the UNESCO World Heritage List.

There are more than 1,000 World Heritage sites around the world, and the group of Wright sites is now among only 24 sites in the U.S. The collection represents the first modern architecture designation in the country on the prestigious list.

“This recognition by UNESCO is a significant way for us to reconfirm how important Frank Lloyd Wright was to the development of modern architecture around the world,” says Barbara Gordon, executive director of the Frank Lloyd Wright Building Conservancy. “There are nearly 400 remaining structures designed by Wright. Our hope is that the inscription of these eight major works also brings awareness to the importance of preserving all of his buildings as a vital part of our artistic, cultural and architectural heritage. All communities where a Wright building stands should appreciate what they have and share in the responsibility to protect their local—and world—heritage.”

The eight inscribed sites have played a prominent role in the development and evolution of Modern architecture during the first half of the 20th century and continuing to the present. UNESCO considers the international importance of a potential World Heritage Site based on its “Outstanding Universal Value,” which in the Wright series is manifested in three attributes. First, it is an architecture responsive to functional and emotional needs, achieved through geometric abstraction and spatial manipulation. Second, the design of the buildings in this series is fundamentally rooted in nature’s forms and principles. Third, the series represents an architecture conceived to be responsive to the evolving American experience, but which is universal in its appeal.

The Wright nomination has been in development for more than 15 years, a coordinated effort between the Frank Lloyd Wright Building Conservancy, each of the nominated sites and independent scholars, with a substantial financial commitment realized through subsidies and donations, countless hours donated by staff and volunteers, and the guidance and assistance of the National Park Service. The nomination effort was spearheaded by Fallingwater Director Emerita and founding Conservancy board member Lynda Waggoner, with Fallingwater contributing support and expertise in the nomination’s preparation. The Conservancy will now coordinate the activities of the Frank Lloyd Wright World Heritage Council, chaired by Waggoner, which was established to support the responsible conservation and promotion of the eight World Heritage sites.

In 2015, the U.S. nominated a series of 10 Wright-designed sites to the World Heritage List. At its meeting in Istanbul, Turkey, in July 2016, the World Heritage Committee decided to “refer” the nomination for revisions. Over the past two years, the Frank Lloyd Wright Building Conservancy worked with the council of sites and leading scholars to revise the nomination and rework the justification for inscription.

View photos from the World Heritage Committee meeting in Baku on our Flickr page. 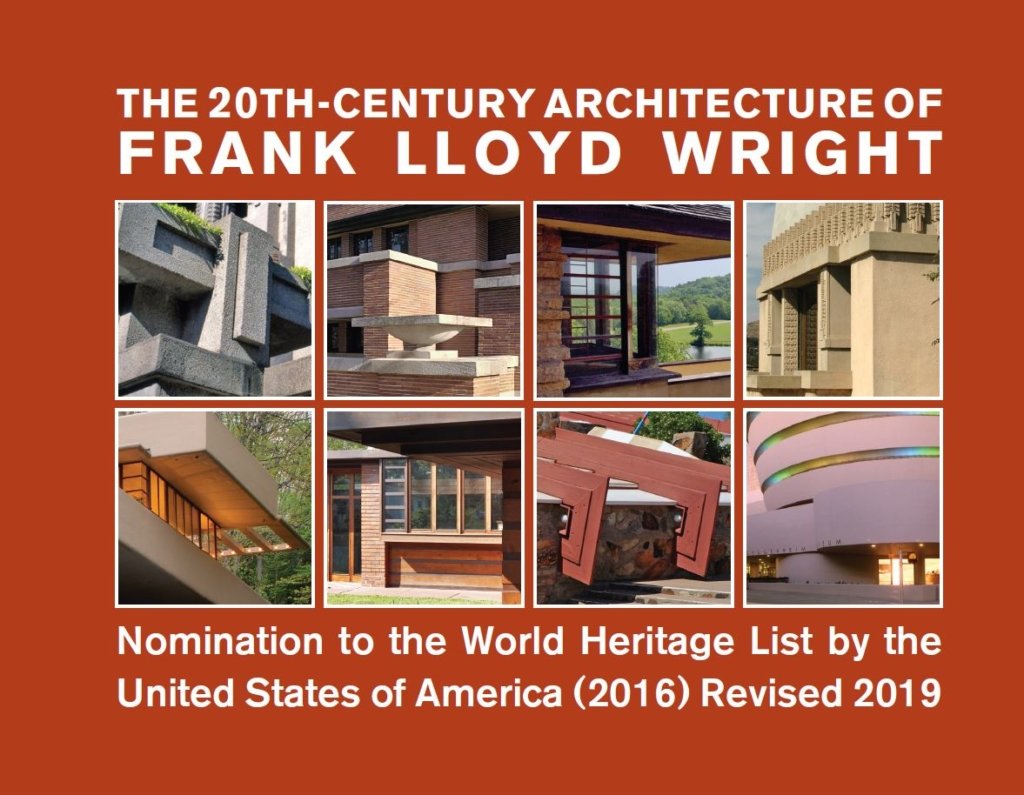 Part One in a series about “The 20th-Century Architecture of Frank Lloyd Wright”...