A group of 10 buildings designed by Wright have become the first works of modern architecture nominated by the United States to the United Nations Educational, Scientific and Cultural Organization (UNESCO) World Heritage List.

The buildings—Unity Temple in Oak Park, Illinois; Frederick C. Robie House in Chicago, Illinois; Taliesin in Spring Green, Wisconsin; Hollyhock House in Los Angeles, California; Fallingwater in Mill Run, Pennsylvania; Herbert and Katherine Jacobs House in Madison, Wisconsin; Taliesin West in Scottsdale, Arizona; Solomon R. Guggenheim Museum in New York City; Price Tower in Bartlesville, Oklahoma; and Marin County Civic Center in San Rafael, California—were built between 1906–1969 and chosen for their significance in the development of modern architecture. They are the most iconic, fully realized and innovative of more than 400 existing works by Frank Lloyd Wright. Each is a masterwork and together they show varied illustrations of “organic architecture” in their abstraction of form, use of new technologies and masterful integration of space, materials and site. All have been designated U.S. National Historic Landmarks. 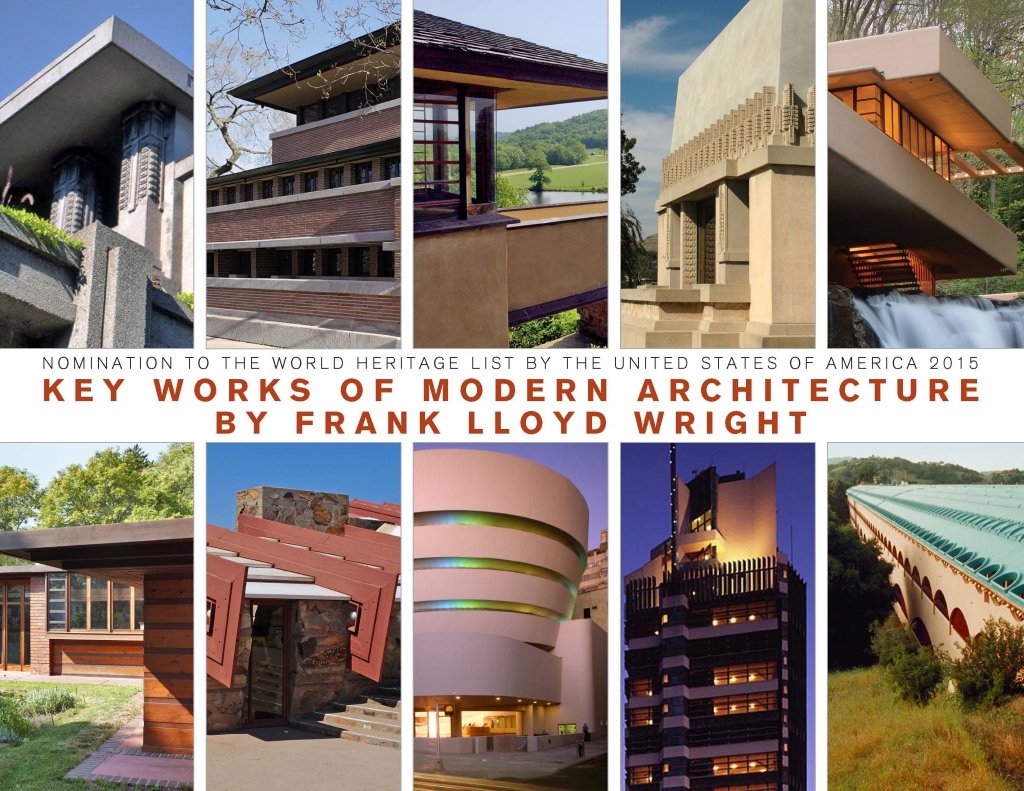 The Conservancy has played an important leadership role in the years-long effort to inscribe Wright buildings on the UNESCO World Heritage list.

Throughout his career, Wright expressed organic architecture by integrating buildings with the natural world, melding form with space to create spatial drama. Inspired by nature and technology and seeking an alternative to European models, he used materials and structural forms in often new and innovative ways that relate to the geographically diverse United States. “Wright was the father of modern architecture, fundamentally redefining the nature of form and space during the early 20th century in ways that would have enduring impact on modern architecture worldwide,” says Richard Longstreth, director of the graduate program in historic preservation at George Washington University and president of the Frank Lloyd Wright Building Conservancy. The Conservancy, an organization dedicated to preserving the extant work of Wright, appointed an advisory committee of experts in 2003 to select the group of Wright buildings. It prepared the nomination through intensive collaboration with representatives from each of the 10 Wright sites and in consultation with the Office of International Affairs of the National Park Service.

Lynda Waggoner, director of Wright’s internationally acclaimed Fallingwater, coordinated all aspects of preparation of the nomination dossier, entitled Key Works Modern Architecture by Frank Lloyd Wright. “It is a complex nomination that explains the significance of each building and its outstanding universal value,” says Waggoner. “We had to demonstrate how each represents a masterpiece of human creative genius and is an extraordinary contribution to modern architecture and culture.”

Inscription to the List, which will be considered by UNESCO’S World Heritage Committee, could be decided in the summer of 2016 after a series of site visits during 2015. Inclusion in the List would mean the buildings and their sites are identified as being of outstanding value not only in their own country but to the global community and therefore must be preserved as part of the world heritage of mankind as a whole.

The UNESCO honor would provide no specific protections but the designation draws international attention to these sites. Only 22 of the more than 1,000 World Heritage Sites worldwide are located in the United States, where the few inscribed works of architecture include Independence Hall and Monticello. The Wright works would join the Sydney Opera House, the city of Brasilia, the Bauhaus School in Germany and the works of Antoni Gaudí as some of the examples of modern architecture recognized on the international list.

The full nomination book is available for download at savewright.wordpress.com.

More information on the U.S. nomination to the World Heritage List can be found at the U.S. Department of the Interior. 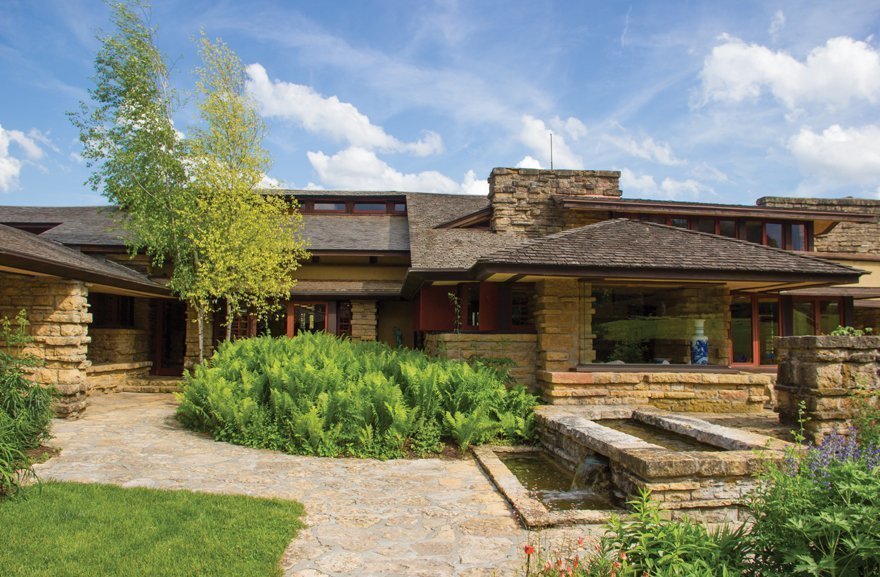 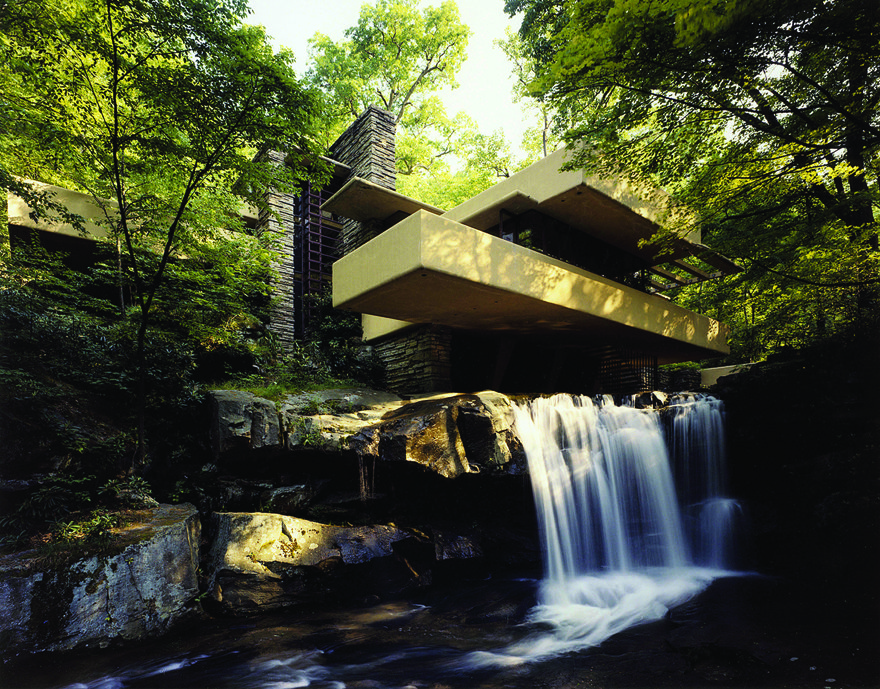 Herbert and Katherine Jacobs House I
Photo by David Heald