The Avery and Queene Coonley House in Riverside, Illinois, designed by Frank Lloyd Wright and built between 1908 and 1912, is considered one of the most elaborate Prairie School houses ever constructed. Sited on the banks of the Des Plaines River, the house is a part of an estate that originally consisted of the large main house, a separate coach house and a gardener’s cottage. After the Coonleys sold the estate, the coach house and gardener’s cottage became independent residences, and the bedroom wing of the house was converted into a separate residence from the living wing.

At 6,000 square feet, the generously sized living wing retains the signature spaces for which the house is famous, including its living room, dining room and stunning west terrace, as well as four bedrooms, a den and a large family room. Recently listed with Catherine Simon-Vobornik of Baird & Warner for $1.299 million, the living wing offers an unmatched opportunity to enjoy a Wright masterpiece surrounded by lush outdoor spaces.

In 2000 the Coonley House living wing was bought by Ella Mae and the late Dean Eastman, who led what Frank Lloyd Wright Building Conservancy Executive Director Barbara Gordon calls “the gold standard of restoration.” Today, thanks to the meticulous work by the Eastmans, the house beautifully and accurately reflects Wright and the Coonleys’ vision, while providing state-of-the-art amenities in such areas as the kitchen and bathrooms.

Avery Coonley and his wife, Queene Ferry, were both heirs to commercial fortunes and gave Wright an unlimited budget to design their home. The original lot spanned 10 acres. Wright designed all of the features of the buildings on the estate, including furniture, textiles and rugs.

The Coonley House was the first house Wright built according to a zoned plan with “linked pavilions.” On the first floor, he placed entrance halls, a play room and a sewing room. It was designed as a family home. Ella Mae Eastman has photos of the Coonleys’ daughter Elizabeth among a group of children dressed as pilgrims acting out a play in front of the Roman brick fireplace in the play room. The practice of using theater as a teaching tool was a part of Queene Coonley’s progressive philosophy of education, and would later motivate her to commission Wright to design the Coonley Playhouse in 1911-12. (Located a block from the main estate, the Playhouse was converted to a residence after the Coonleys’ departure and has recently come on the market for the first time in nearly 40 years.)

Ella Mae Eastman notes that Wright purposefully designed the second floor of the house to hold the main living spaces, taking advantage of the house’s surrounding landscape. The stairway to the second floor is flooded with natural light that filters through a wood grille covering a skylight. The space between the grille and skylight is also fitted with electric light fixtures for nighttime use and, along with original wall sconces throughout the space, these fixtures light the public spaces on the second floor. The living room is surrounded on three sides by art glass windows, with art glass doors to a terrace spanning the width of the room. The views of the trees, grasses and garden become a part of the interior setting. The room’s ceiling also boasts geometric woodwork.

Eastman says that she and her late husband frequently hosted concerts in the space because the flow between the rooms and the acoustics were so wonderful. 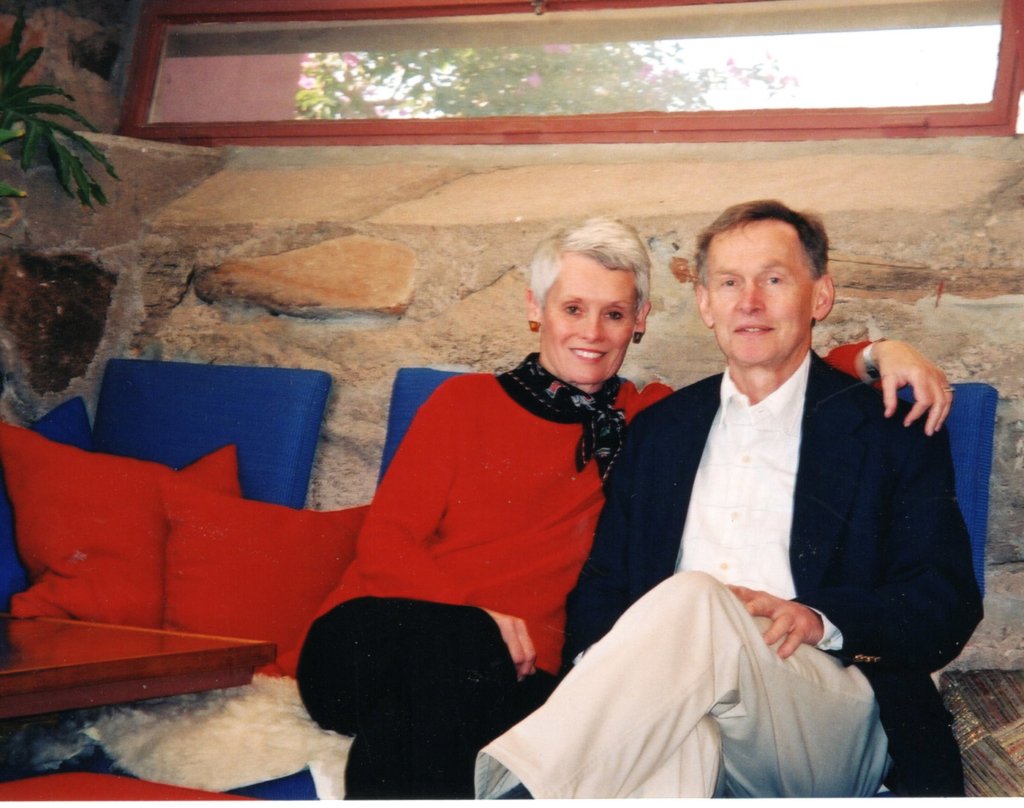 Like the living room, the dining room is surrounded on three walls with art glass windows. The oak trim is original, as are the built-in cabinets and sconces. Today, the expansive room includes three tables that can be separated for intimate dining or brought together to seat 20 for a more elaborate meal. The kitchen is large and light-filled. Altered considerably over the years, the space was reconstructed by the Eastmans, who added professional appliances and customized white oak cabinets to keep with the Prairie style of the home. The leaded windows and oak floors are original. The room is equipped to handle use by a family or by a catering crew.

Bedrooms have been configured to maximize storage space, and the bathrooms, including the spacious master bathroom, have all been renovated to provide modern comforts while still reflecting the aesthetics of the rest of the home.

In 1894 Wright wrote, “A building should appear to grow easily from its site, shaped to harmonize with its surroundings (and Nature)… We of the Middle West are living on the Prairie.”

To achieve that end, the grounds of the Coonley Estate were designed by noted Prairie School landscape architect Jens Jensen and include an extensive complex of raised and sunken gardens. The large geometric lily pond that reflects the west elevation of the main house was restored by the Eastmans and is flanked by substantial flower urns that Wright used to unify home and garden. From the screened summer house on the opposite side of the pond, the entire house is perfectly viewed, with Wright’s frieze of geometric tile enlivening the horizontal façade of the home.

In his book detailing his restoration of the house, Frank Lloyd Wright’s Coonley House Estate, Dean Eastman wrote that when he first saw it, the main house had “suffered undesirable additions and alterations.”

Ella Mae Eastman recalls that her husband was not a Wright aficionado before purchasing the house but notes, “Dean really loved saving houses. That’s how this happened.”

She says the house was in very bad shape when they purchased it, with walls so water-damaged that the windows were holding up the house. The Eastmans traveled to Taliesin West and consulted blueprints and original photos of the house to aid in their restoration efforts.

As an example of the Dean Eastman’s meticulous work, one of the most spectacular restoration projects was the recreation of a mural by George Mann Niedecken that flanks the living room fireplace. Niedecken was a Milwaukee-based designer who worked with Wright on a number of his early houses. His mural work can also be found in Wright’s Dana-Thomas House in Springfield, Illinois, and the Meyer May House in Grand Rapids, Michigan, both of which are open to the public. The mural at the Coonley House, which looked to the local landscape for inspiration, included images of birch trees, ferns and a river, matching the views from the surrounding windows. Though the mural had been painted over years before, a patch of the original was discovered, allowing colors to be replicated. Dean Eastman, a physicist and former director of Argonne Labs, was able to put his expertise in optics to use by correcting the perspective of historic photographs of the mural and projecting those images on the living room walls to achieve an exact reproduction of Niedecken’s work. The painting was done by Jo Hormuth, who also restored the Niedecken mural at the Meyer May House.

While the Eastmans were at work on the main house, Carolyn Howlett, the elderly owner of the coach house, was in need of assistance. Howlett and her late husband James had advocated for the division of the estate in the 1950s, saving it from being completely demolished. By 2005 she was in poor health and the coach house was in poor structural condition. The Eastmans purchased the coach house from her and made necessary structural repairs, allowing Howlett to live in the house until her death later in 2005. From late 2005 to 2008, Dean creatively restored and updated the coach house, which continues to be used as a single-family house.

Gordon calls the Eastmans amazing stewards of Wright’s work. Noting how incredibly well restored the home is, she says that it would be a special full-time house and offers an ideal setting for welcoming a crowd: “An executive, for example, would be able to take advantage of the home’s wonderful entertaining capabilities.”

Ella Mae Eastman agrees that the house was made for entertaining. “This house is so livable and a great space to entertain,” she says. “We had a lot of dinners and fundraisers here. This house likes to have people sharing it.” 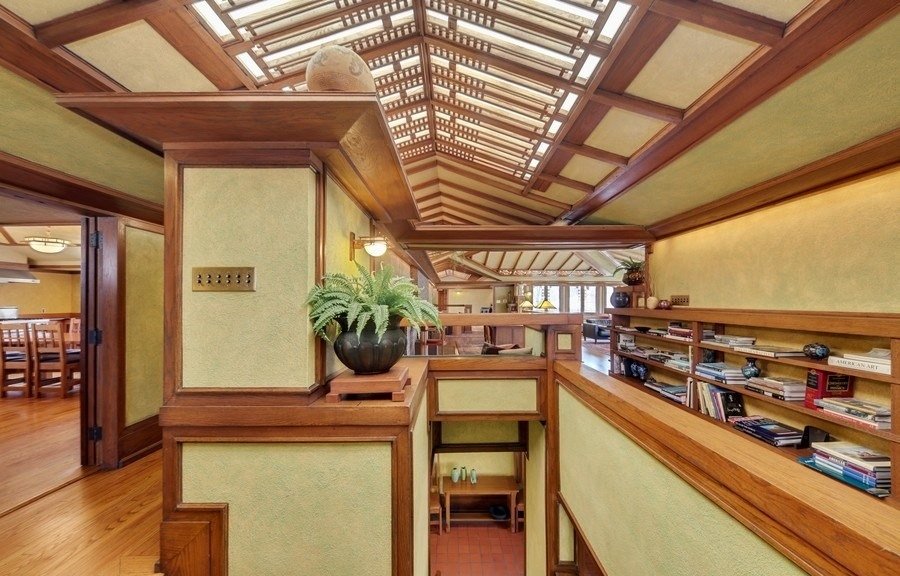 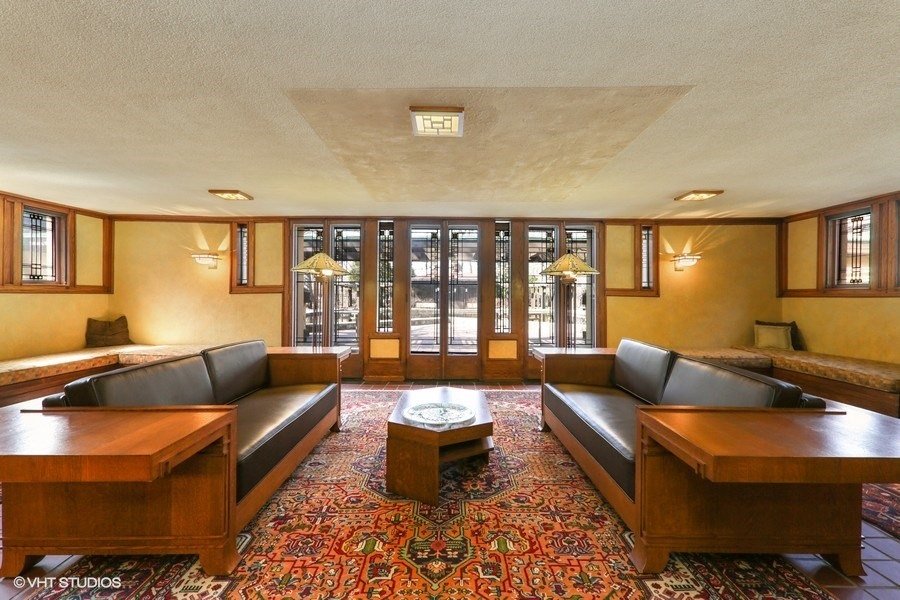 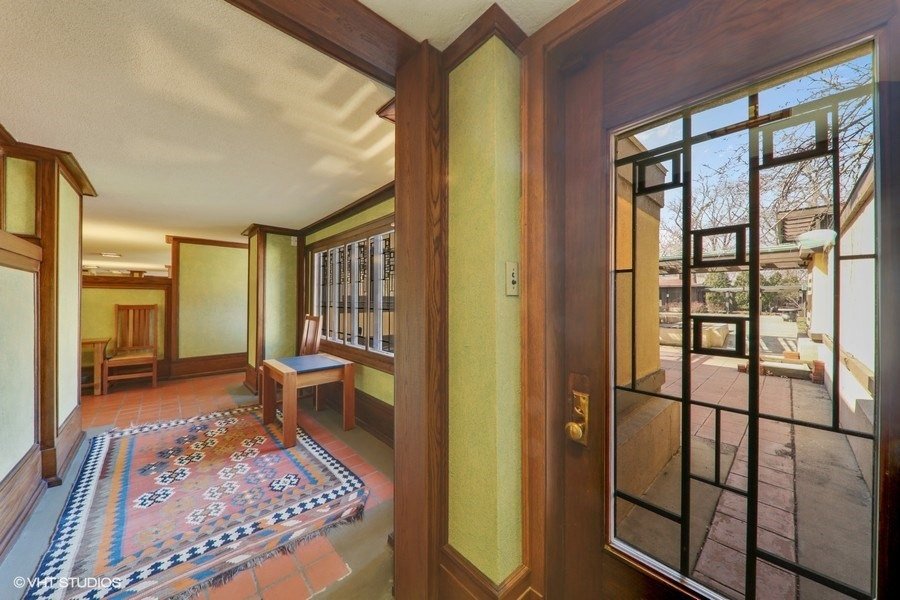 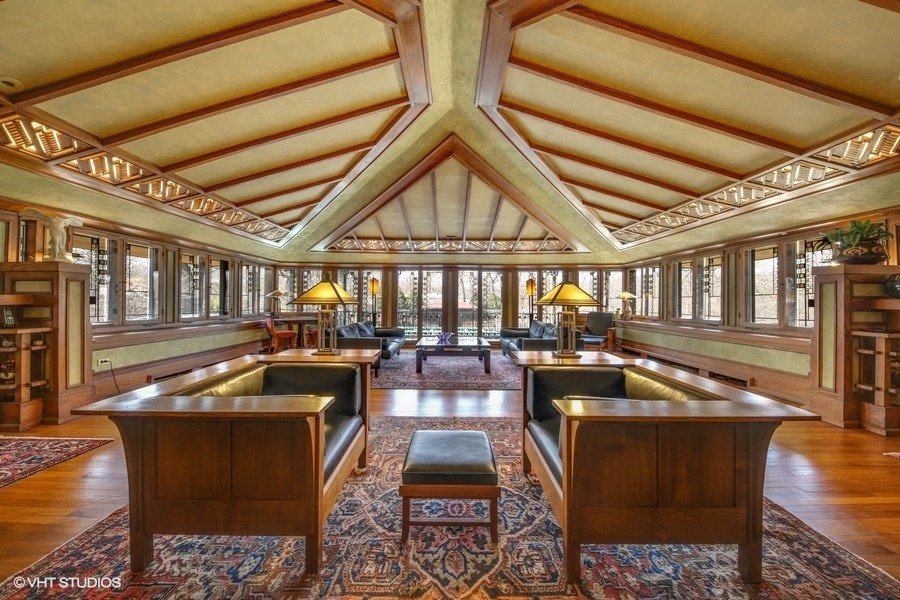 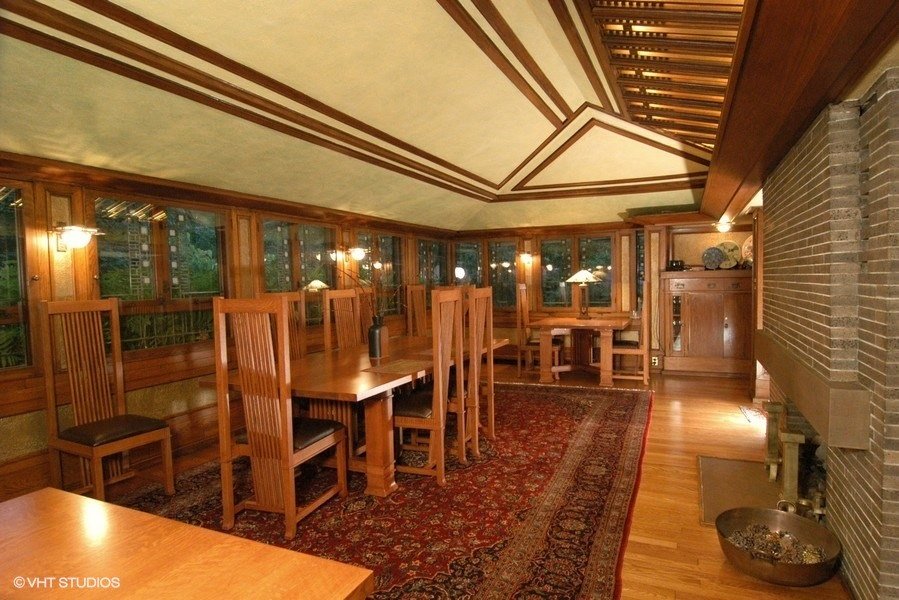 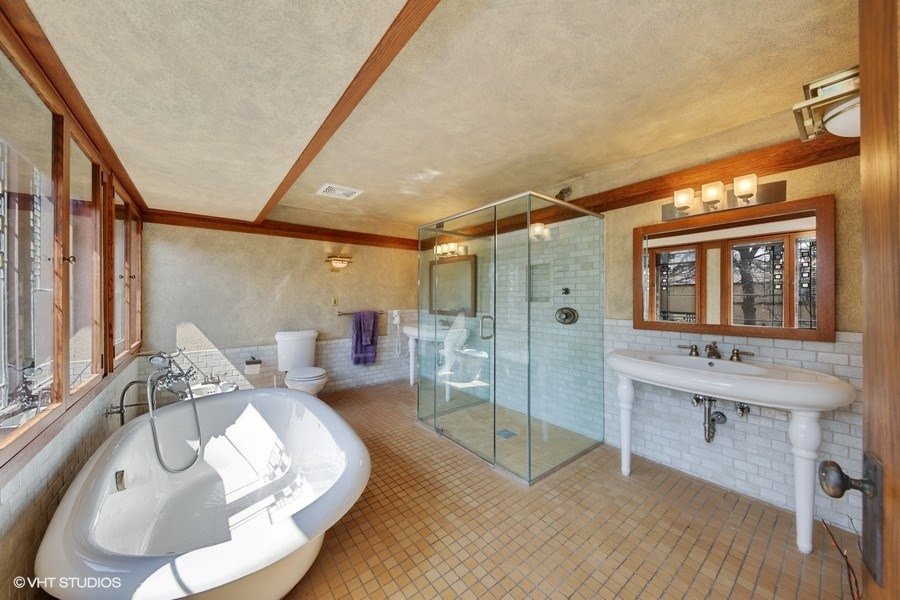