Tackling the Textile Block: Preservation Challenges at the Freeman House

In late May I met with University of Southern California faculty members Trudi Sandmeier and Ken Breisch, as well Frank Lloyd Wright Foundation trustee Heather Lenkin, at Wright’s 1924 Freeman House in Los Angeles. Sandmeier, who is director of the Graduate Programs in Heritage Conservation at USC, is the current faculty liaison with the house, which has been owned by the USC School of Architecture since the mid-1980s.

The last of Wright’s Los Angeles textile block houses, the Freeman House is a fascinating site for the discussion of preservation issues. Soon after occupying the house, the Freemans brought in another major figure of 20th-century architecture, Rudolph Schindler, to make alterations, which he continued to do until his death in 1953. These modifications included built-in furniture, cabinetry and the altering of certain walls, as the Freemans adjusted the house to their lifestyles. Schindler’s interventions make for a complex site with a layered history, where preservation concepts, such as “period of significance” are not easily addressed. Additionally, the experimental nature of Wright’s textile blocks made them a challenging material from the beginning. Last, but certainly not least, the house suffered significant damage during the 1994 Northridge earthquake.

On this visit, we were not only able to experience the spectacular view looking south from the living room down Highland Avenue, we examined the extensive reinforcing work done after Northridge to stabilize the main portion of the house. The process of reinforcing included the replacement of certain original textile block walls with reinforced concrete walls, the installation of steel trusses that span the living room roof, and, least conspicuously, the pouring of concrete caissons and piers that support both the house’s north, street-side wall, and the street itself.

The massive job of structural stabilization is easy to forget when looking at the current condition of the house.

The most apparent issue is textile blocks themselves. The dry concrete mix that Wright specified, made for blocks that continue to allow water to make its way to the steel reinforcing bars that hold the blocks together. Though hundreds of blocks that were in especially delicate condition were moved to storage, many that remain are in need of attention.

The answers to restoration questions that arise are not clear-cut, and a limited restoration budget available makes them particularly challenging. To what extent should later interventions (particularly Schindler’s important work) be respected? If a significant number of original textile blocks deteriorate to a point where replacement blocks are needed, or the structural purpose of the blocks is replaced by concrete walls and the blocks become only cladding, to what degree has Wright’s vision been compromised? To some degree these are the types of issues that are faced with every restoration project. It shouldn’t be surprising that they are particularly complex on a Wright-designed building. They reflect the complexities of design that makes Wright’s work so fascinating. 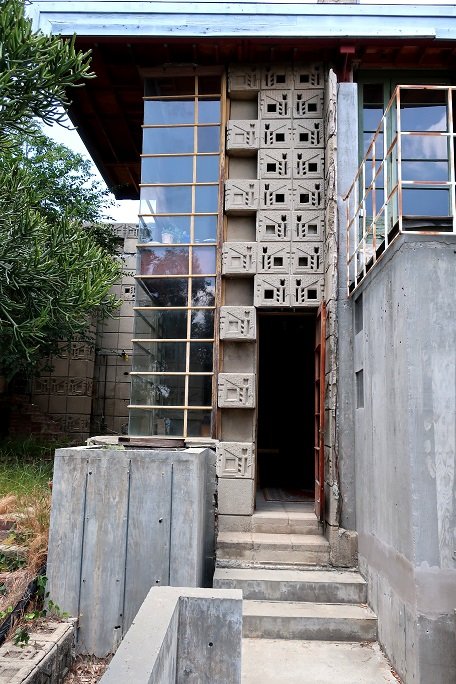 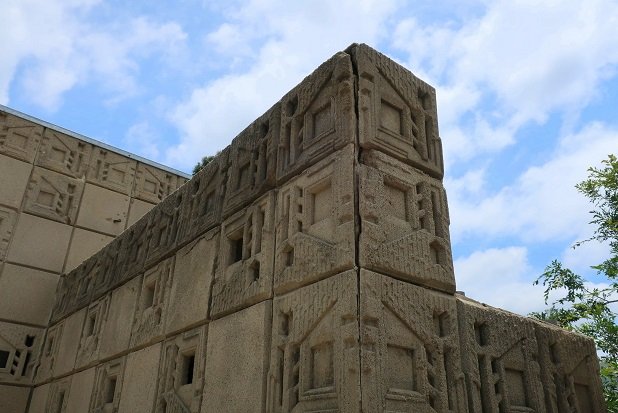 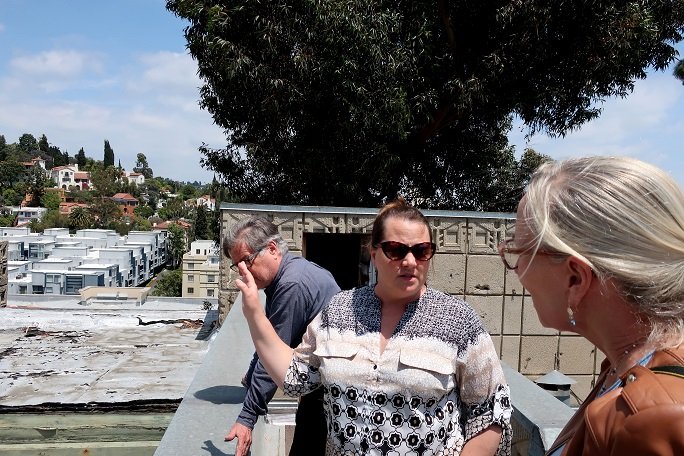 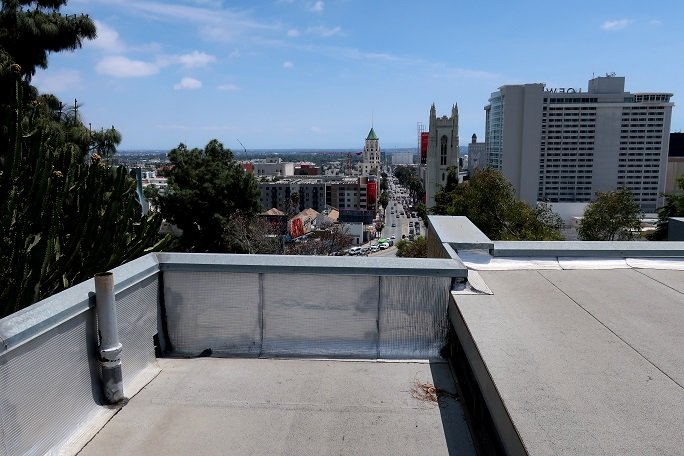 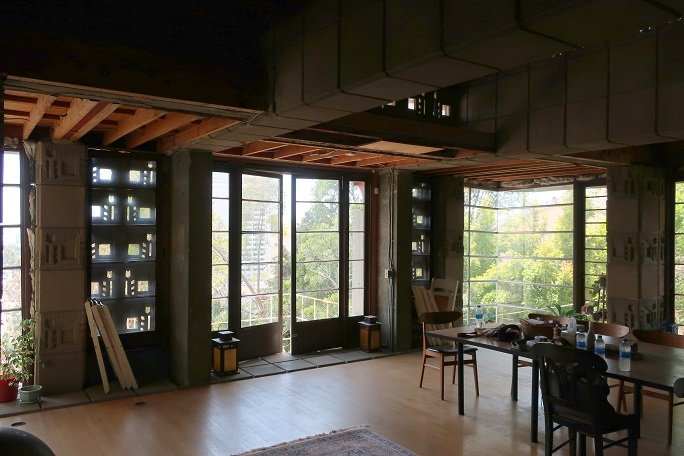 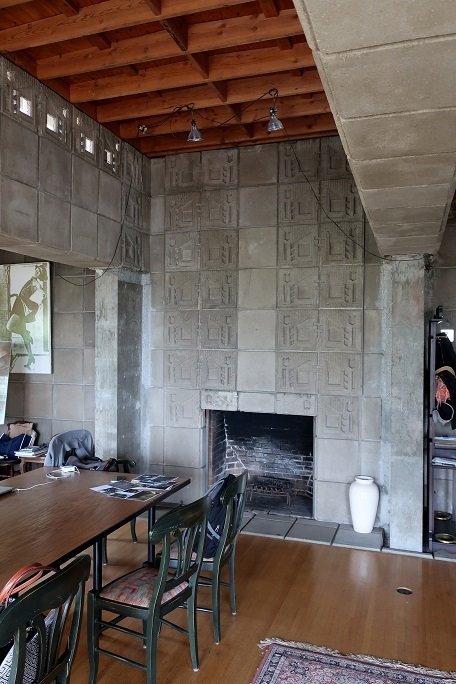 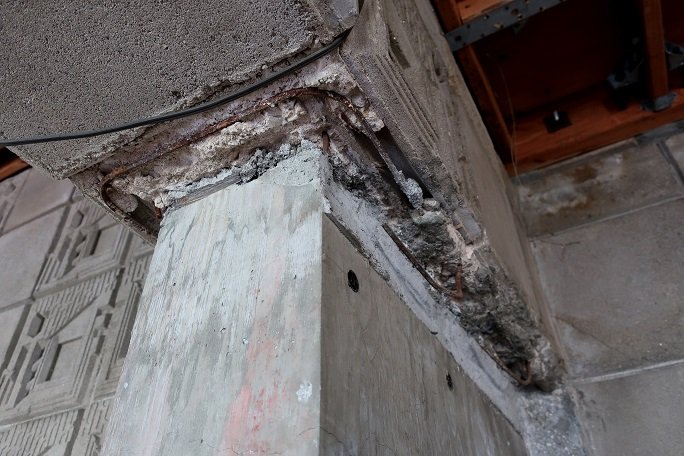 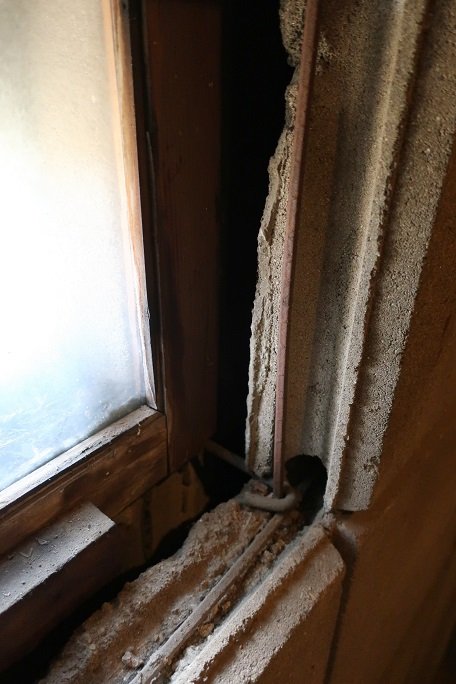 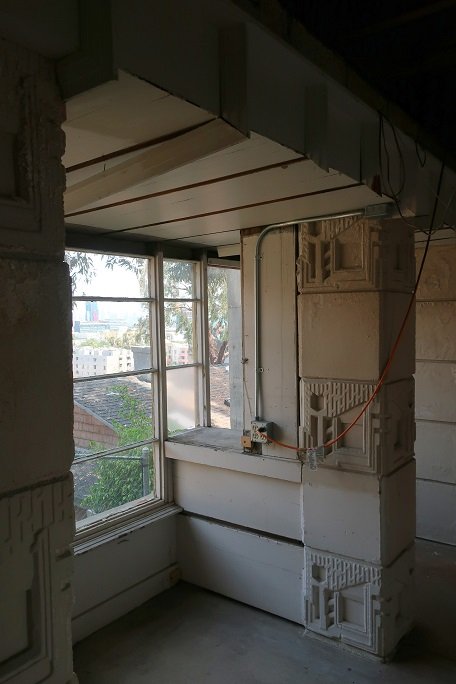 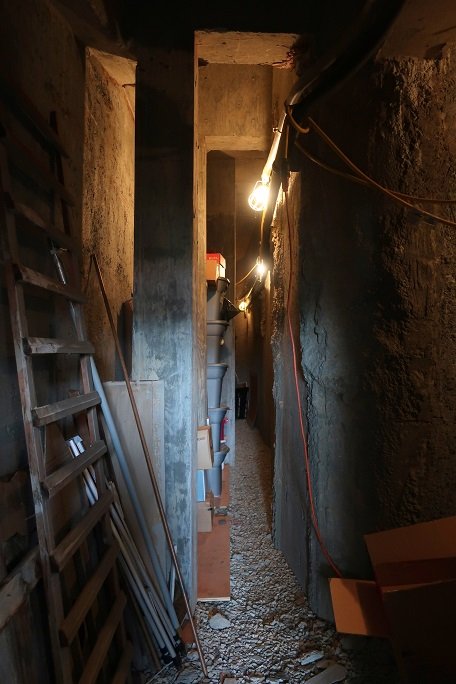