In June Preservation Programs Manager John Waters met with Hollyhock House curator and Conservancy board member Jeffrey Herr at Barnsdall Residence A in Los Angeles, to discuss the ongoing restoration process there. Designed as a guesthouse for Hollyhock House, Residence A is in the early stages of a comprehensive restoration that will include structural reinforcement, HVAC upgrades, as well as finish restoration. In particular, Herr and Waters reviewed existing woodwork in an effort to differentiate original fabric from later alterations.

In June it was announced that the agreement between the David and Gladys Wright House Foundation and the School of Architecture at Taliesin to donate the house to the school had been called off. The donation, originally announced on June 8, 2017, had called for the school to raise $7,000,000 to restore and endow the house. All money already raised toward this goal will go to the school. The future of the house is still to be determined, and the Conservancy is monitoring the situation closely.

Devastation caused by the Carr Fire in Northern California has included areas of Redding less than a mile from Wright’s 1958 Pilgrim Congregational Church. As a part of the church’s outreach during this difficult period it hosted a concert on Aug. 8 for those whose own homes had been damaged or destroyed. We will continue to monitor the safety of the building.

In early August, Preservation Programs Manager John Waters met with Price Tower Arts Center Executive Director Scott Ambler and Outreach and Education Specialist Price Connors, as well as other members of the staff and the center’s preservation commission, as a part of his preservation easement-monitoring visit to Price Tower. Waters and Connors walked the building from its basement to the 19th floor examining historic elements protected by the easement that was donated to the Conservancy in 2011. Preservation efforts have recently been given support by a grant from the Getty Foundation to underwrite a physical assessment of the tower by Harboe Architects of Chicago. The assessment is the first step toward the center’s goal of creating a conservation master plan for the building.

The Frank Lloyd Wright Foundation has received a $176,106 matching grant from the National Endowment for the Humanities. The grant is to support accessibility upgrades and theater renovations at Taliesin West. The project would also support the design of comprehensive engineering plans for the replacement of the site’s water and sewage infrastructure. The grant is a part of the NEH’s new Infrastructure and Capacity-Building Challenge Grant program. 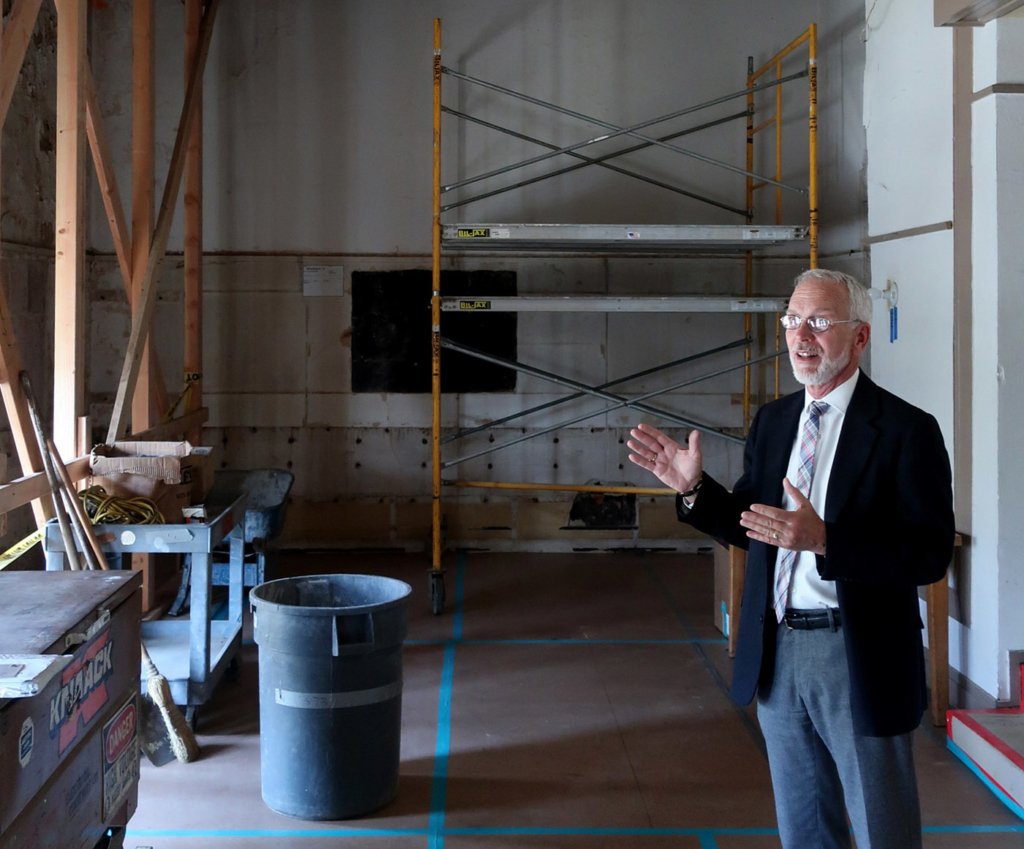