Wright in the Round: The Bertha and Sol Friedman House

In 1945, a cooperative group from New York City purchased a 100-acre tract of land in Pleasantville, New York, and engaged Frank Lloyd Wright to build his Broadacre City concept, first published in 1932, on the land. Wright called the community Usonia, a descriptive term he used to embody the character of the American landscape that was free from previous architectural conventions. Wright created a plan for the community that followed the contours of the land and retained many of the original trees. He laid out circular lots and designated the areas between the lots as common green space. He plotted where each of 47 houses would be built and designed three of the homes himself, while approving plans for the other 44. Each house has an approximately 1.25-acre plot of land, with 47 homes arranged on 100 acres, with roads, pool areas and woodlands.

The first of the three Wright-designed houses to be built was constructed for Bertha and Sol Friedman in 1948. Friedman was a retailer of books, records and toys, and Wright called the home Toyhill.

It consists of two intersecting circles topped by mushroom-like concrete slab roofs. A mushroom-shaped carport echoes the shape of the house. Wright pulled in natural elements throughout the construction with his use of concrete, stone and oak wood detailing. The 2,164-square-foot house also boasts the architect’s signature central hearth and oak built-in furnishings, all of which remain in place today.

Homeowners Jon and Wendy Smith became the fourth owners of the Friedman House when they purchased it 20 years ago, looking for an escape from the hustle and bustle of the city. They say they consider themselves custodians of the Wright home.

Notes Wendy, “We’re so happy to be the fourth caretakers of the house. We love it. We didn’t change any of his original design, but just kept up with the maintenance.”

She recalls that after they purchased the house and completed some painting projects, two of Friedman’s sons came to visit the house where they grew up. “They said everything looked the same as it did when they lived there, down to the color scheme.”

While other homes in Usonia have similar walls of windows, the Friedman house is unique in that it is the only round house in the community and the most circular house Wright designed. The Smiths call the house very livable and comfortable.

Jon notes that he was always a fan of Wright, and while he didn’t want to change the character of the house, he did make a few additions in keeping with its history. “We added some Frank Lloyd Wright chairs: two Coonley chairs and eight Taliesin chairs. They are a bit more comfortable than sitting on stools.”

With the home’s original, Wright-designed desk, beds, bookshelves and tables still in place, Wendy says, “You just move in with a toothbrush.”

For the Smiths, owning the home for 20 years has given them unique insight into Wright’s Usonian vision. Jon notes that when they first moved in, 28 of the homeowners in the community were either original owners or descendants of the original families. Original owner Roland Reisley, who wrote the book Usonia, New York: Building a Community with Frank Lloyd Wright, still lives in the home Wright designed for him when he was 26 years old. Although that number has dwindled, the history lives on, and a sense of community is inherent. The homeowners’ group hosts New Year’s Eve gatherings and Labor Day and Fourth of July picnics. Wendy says, “It is great watching the third generation coming up.”

The Smiths are selling the Friedman House as they plan for a future without stairs. The couple considers themselves lucky to have been the caretakers of the home for so long. Though located only 30 miles from Manhattan, Wendy says the home has a completely calming effect. “We feel like we’re living in a tree house. I think my husband describes it as therapy. You really feel like you’re in the middle of the woods.”

Wendy says that it is bittersweet to leave the home they love, but she knows that the next owner will love the house in the trees as much as they have. “We’re looking for the right person. We know the right person is out there.”

Barbara Gordon, executive director of the Frank Lloyd Wright Building Conservancy, says the home is a unique and incredible variation on Wright’s Usonian vision and notes that Wright’s planned community remains a huge draw. “The sense of community here is such an important part of the story. The vision the original owners had lives on today, and this home is a key part of that.”

The Friedman House is listed for $1.425 million. View listing information at Wright on the Market. 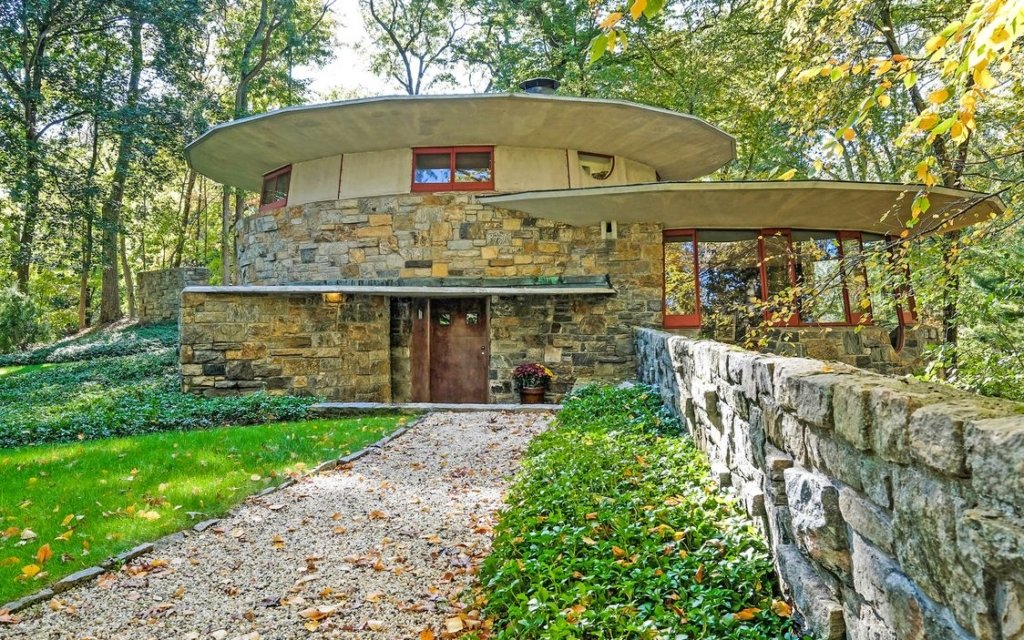 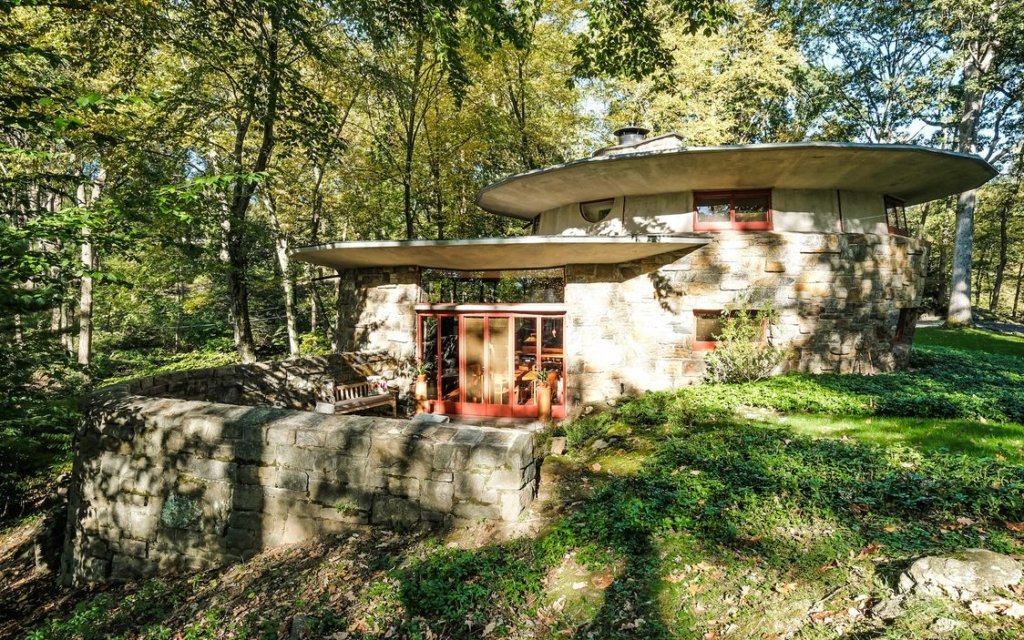 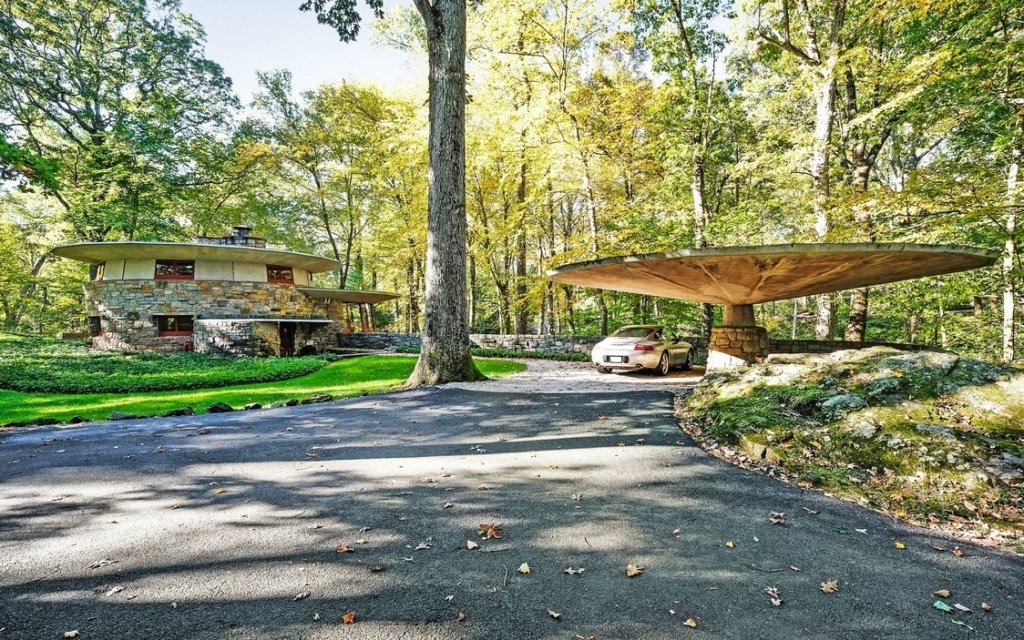 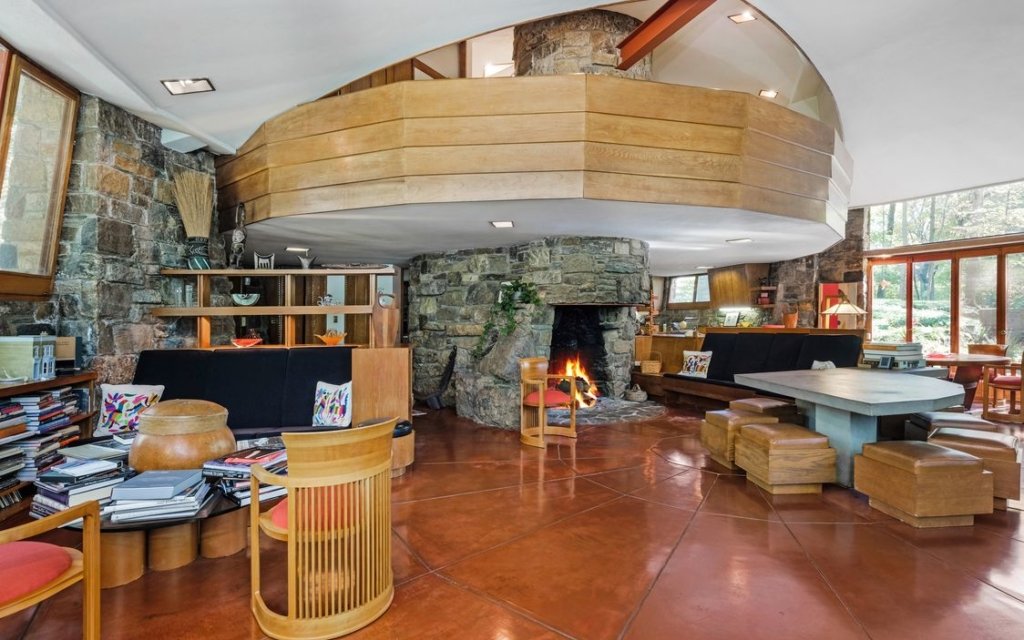 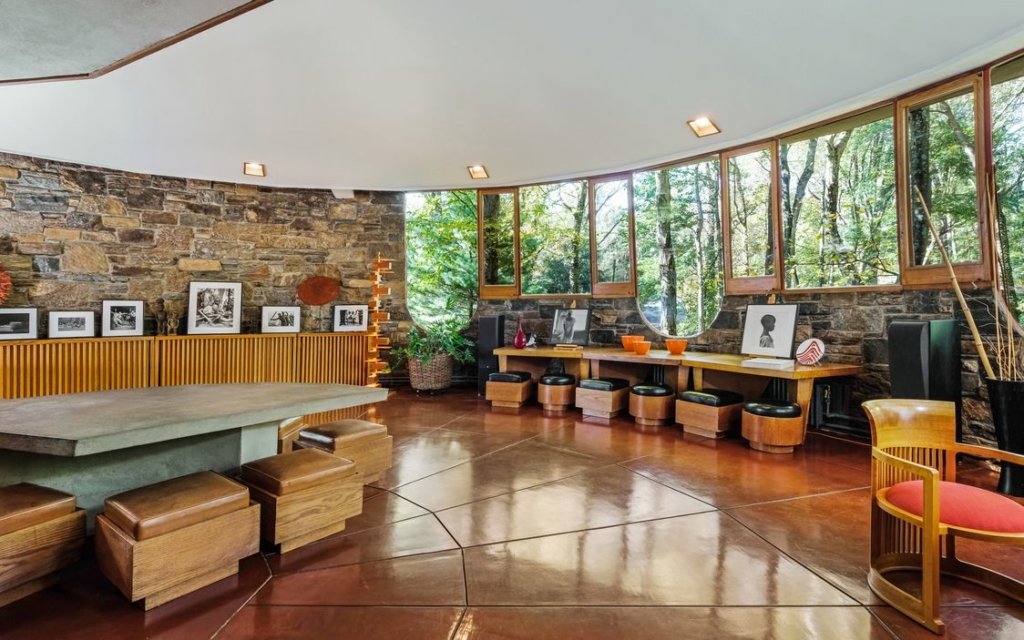 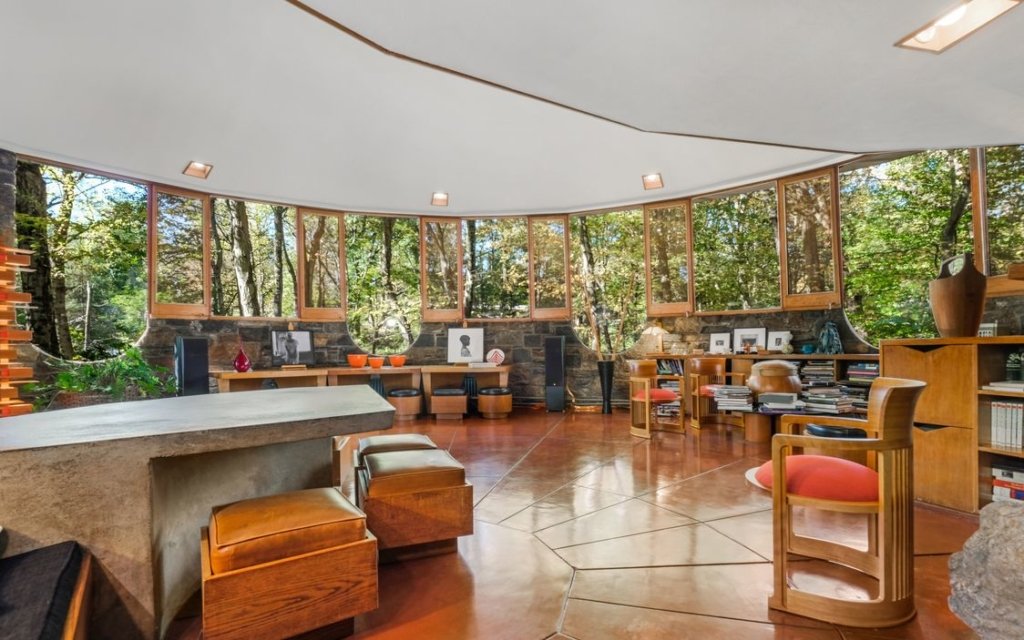 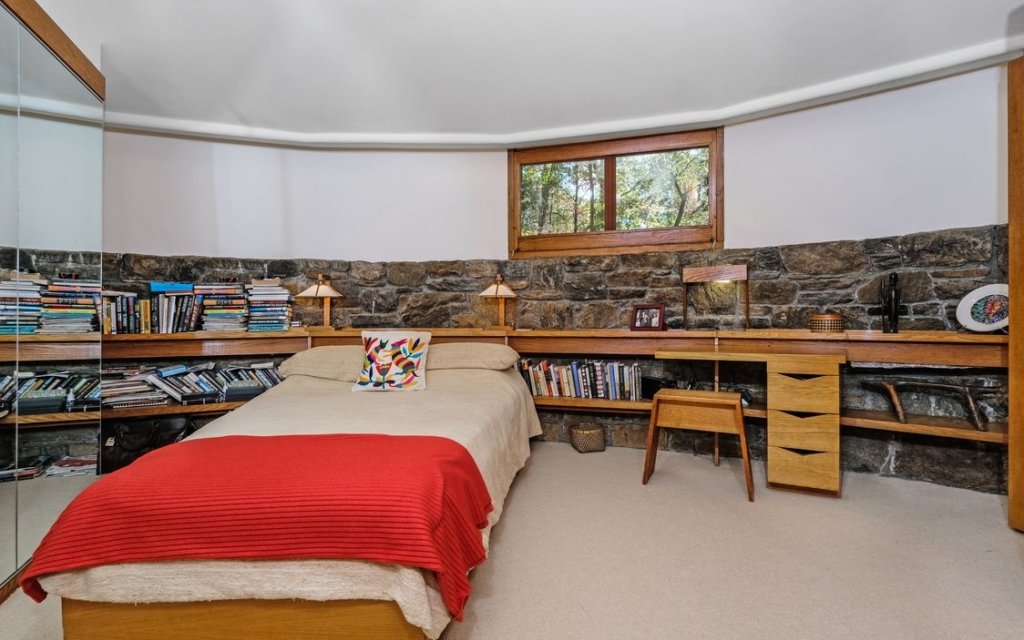 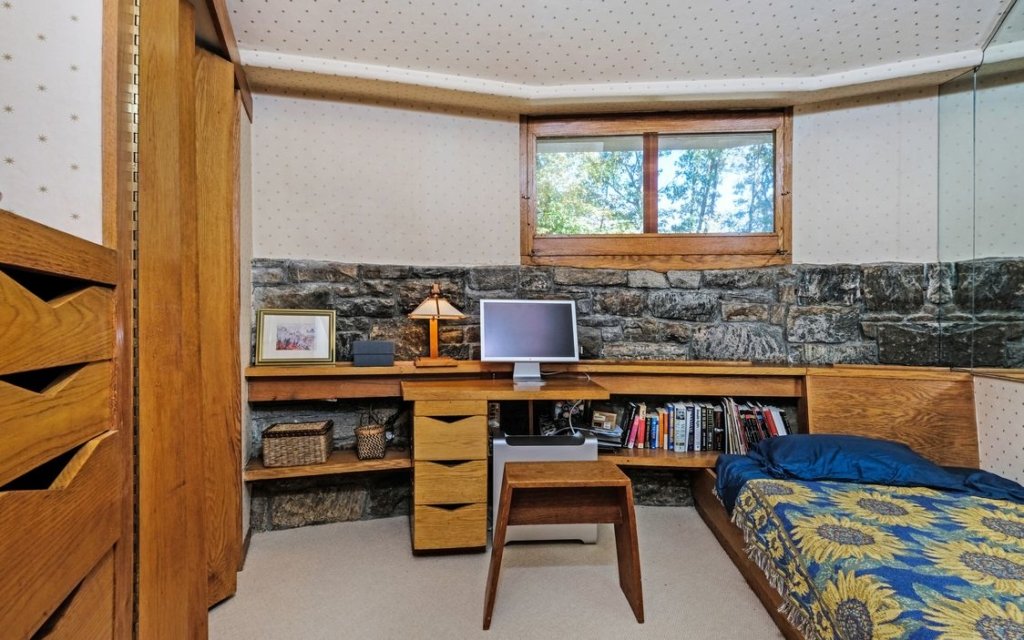 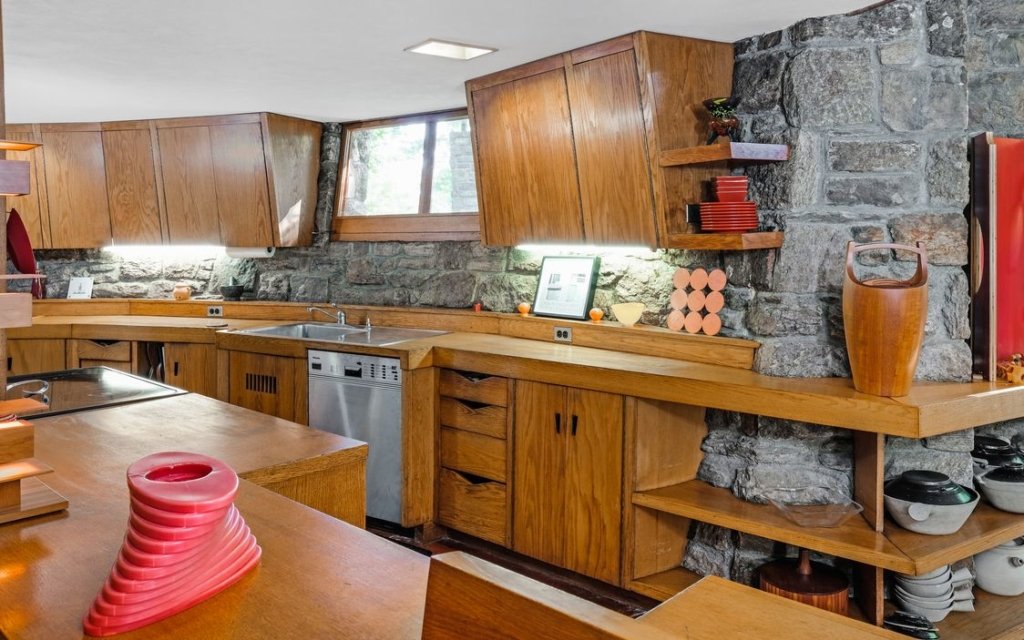 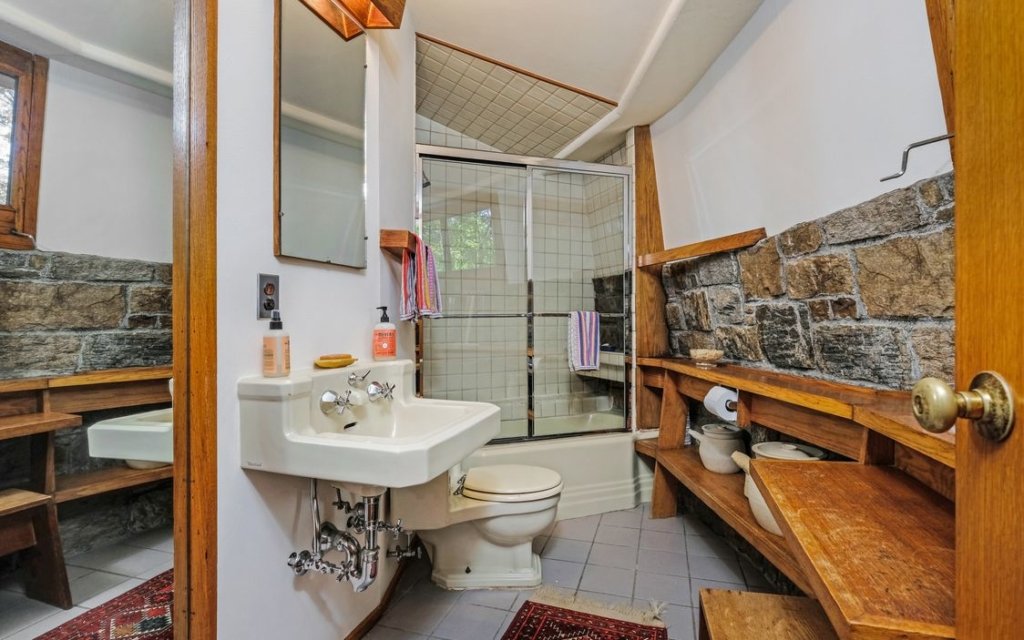