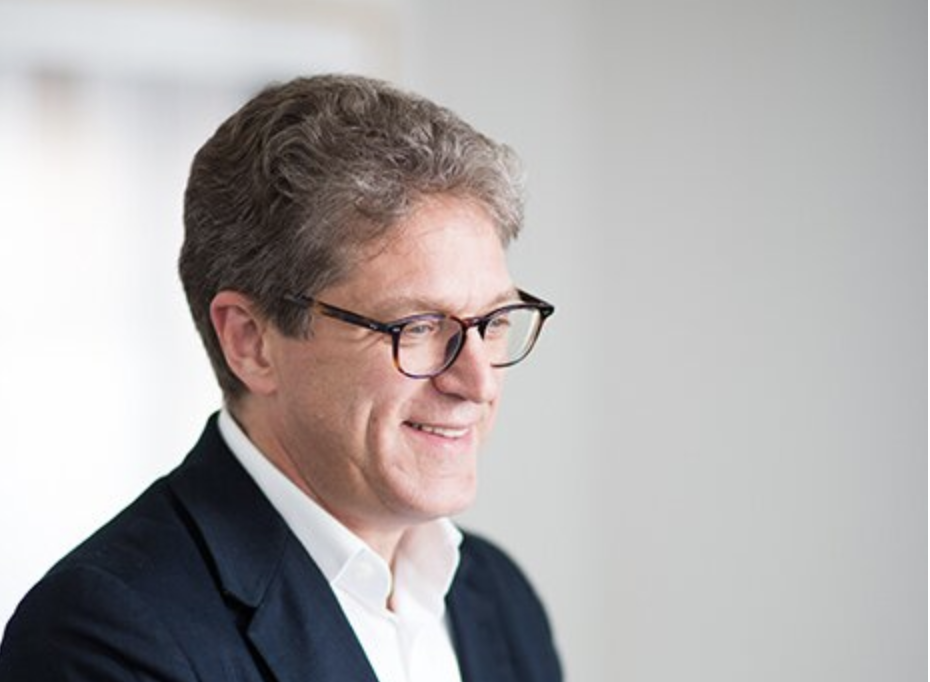 Jamie Von Klemperer, President and Design Principal of Kohn Pedersen Fox Associates, was kind enough to take some time from his always packed schedule to speak with us recently. KPF was a major sponsor of the 2021 Buffalo conference and the 2017 Wright at 150 conference in New York City. He has won AIA design awards for his Peterson Institute for International Economics in Washington DC, Dongbu Financial Center in Seoul, Park Fifth residential project in Los Angeles, Riverside 66 urban market in Tianjin, and One Vanderbilt tower, which is currently under construction in New York City. Jamie is a graduate of Harvard University and Princeton University Architectural School. KPF’s continued support of the Frank Lloyd Wright Building Conservancy shows the firm’s and Jamie’s fundamental belief in the value of historical preservation of the work of exceptional architects like Frank Lloyd Wright and Louis Kahn.

Although I majored in history and literature as an undergraduate. I did take a course with Neil Levine about Frank Lloyd Wright. That was a great gift -be able to study with somebody who understood Wright so well.

My first in-depth contact with the actual buildings was going to Oak Park. That happened after my first year in grad school. One of my housemates had grown up there. And he was a young architect. We stayed at his parents for a couple of weeks and just did nothing but crawl around the Oak Park houses.

I remember another time when I spent a weekend visiting a friend on outer Long Island and he had Edgar Tafel over for dinner. So there was one of Wright’s still -surviving disciples who had been there for the creation of Fallingwater and within Wrights employ. And that was something special.

I can think of many more instances. So, my exposure to the work of Frank Lloyd Wright came in layers.

I think Frank Lloyd Wright’s work appeals to architects on a gut level, the way some music might, even if we don’t always understand the rhythms of or the complex harmonies of it. I think that for each architect, their design process is quite personal. But there are also elements of systematic thinking that are shared by many architects that are that are a more common kind of property of the craft of architecture. And I think in the case of Wright there’s a very intuitive appeal that his work exercises on us. – For instance the sense of a kind of nurturing shelter in the way you feel embraced by his overhanging roofs and his solid walls that give way to clerestories above, creating an almost womb- like character to some of the Frank Lloyd Wright’s spaces. There are very intuitive aspects to the way his buildings hug the landscape and work within natural terrains. When you sit down to design, there are influences that you’re not aware of, but they flow through your pen. You can’t help but bring forth the things that that you love.

Again, I think you can liken this to music. In fact, harmonies and music have to do with different types of mathematical proportion, similar, I think, to the sort of elegance of Frank Lloyd Wright’s verticals, and the flowing and sometimes almost weightless character of his horizontals. These are basic things, but they’re actually architectural habits. 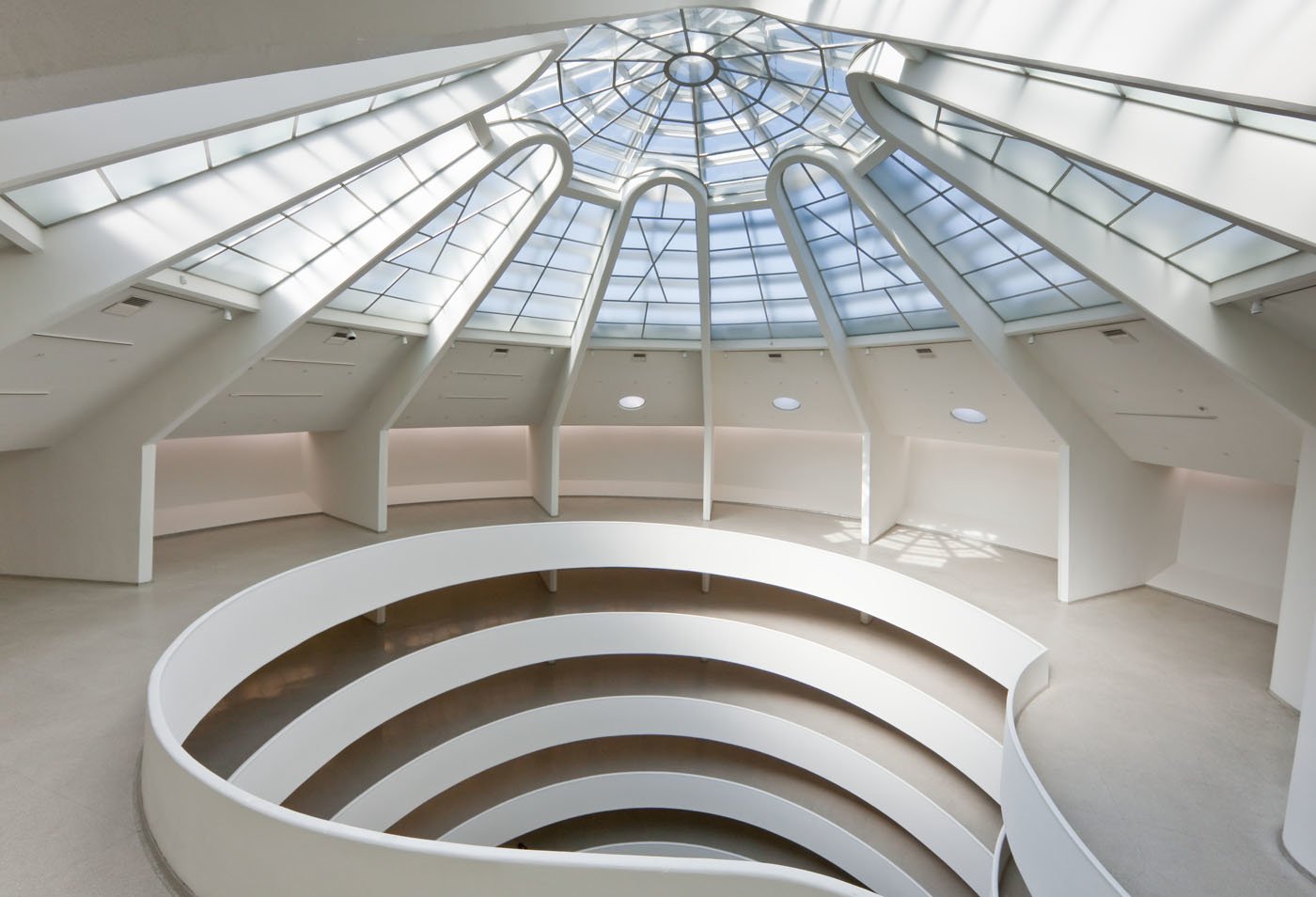 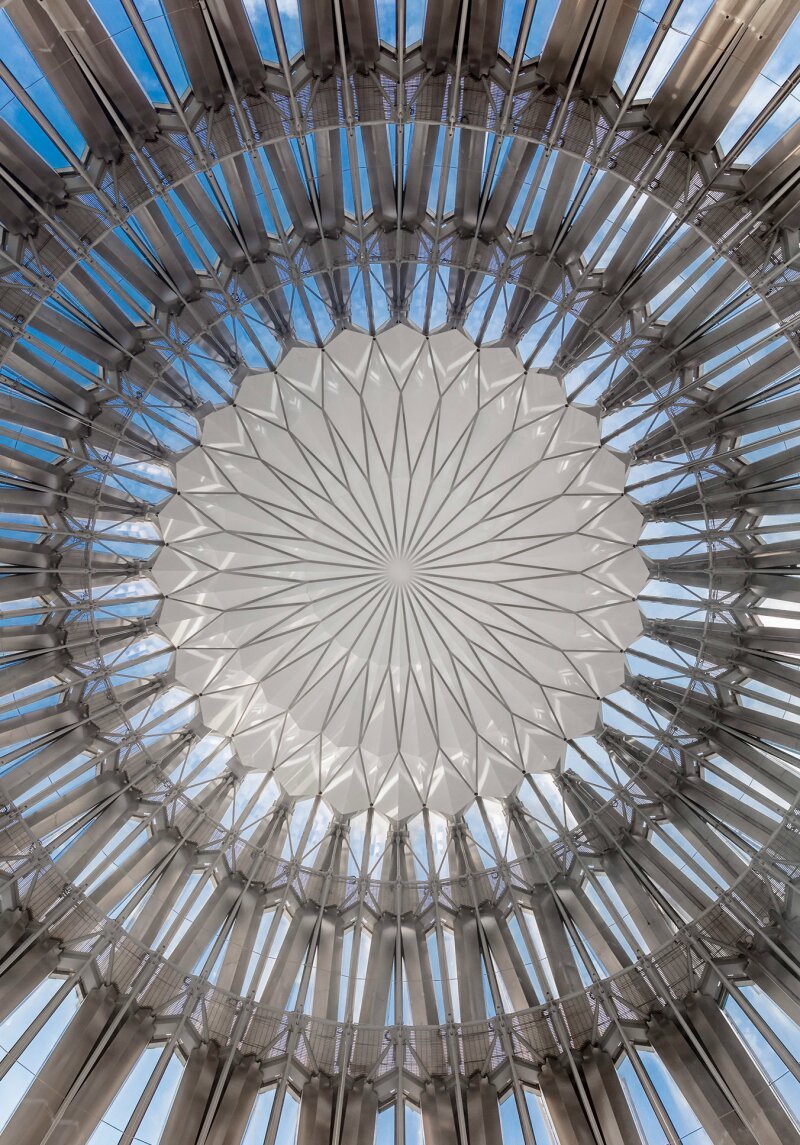