Book traces the history of the Delbert Meier House (1915) in Monona, Iowa

This American House, which traces the history of Wright’s Delbert Meier House (1915) in Monona, Iowa, has been recognized with a Silver Book Design Award by PubWest, a publishing association. Books are judged for the design awards based on typography, cover and interior design, format, materials, printing and binding. Honorees were announced by PubWest on February 5, 2022.

Authors Jason Loper and Michael Schreiber, who own the Meier House, trace its history through its previous owners. They aim to draw more attention to Wright’s American System-Built Homes, of which it is the only example in Iowa. The book includes a preface by the Conservancy’s Preservation Programs Manager, John Waters.

Jason and Michael hosted an online book talk and tour for Conservancy members in July 2021. The event was recorded and can be viewed on demand.

The book is available for purchase in many places, including directly from publisher Pomegranate or via Amazon.

Congratulations to Jason and Michael! 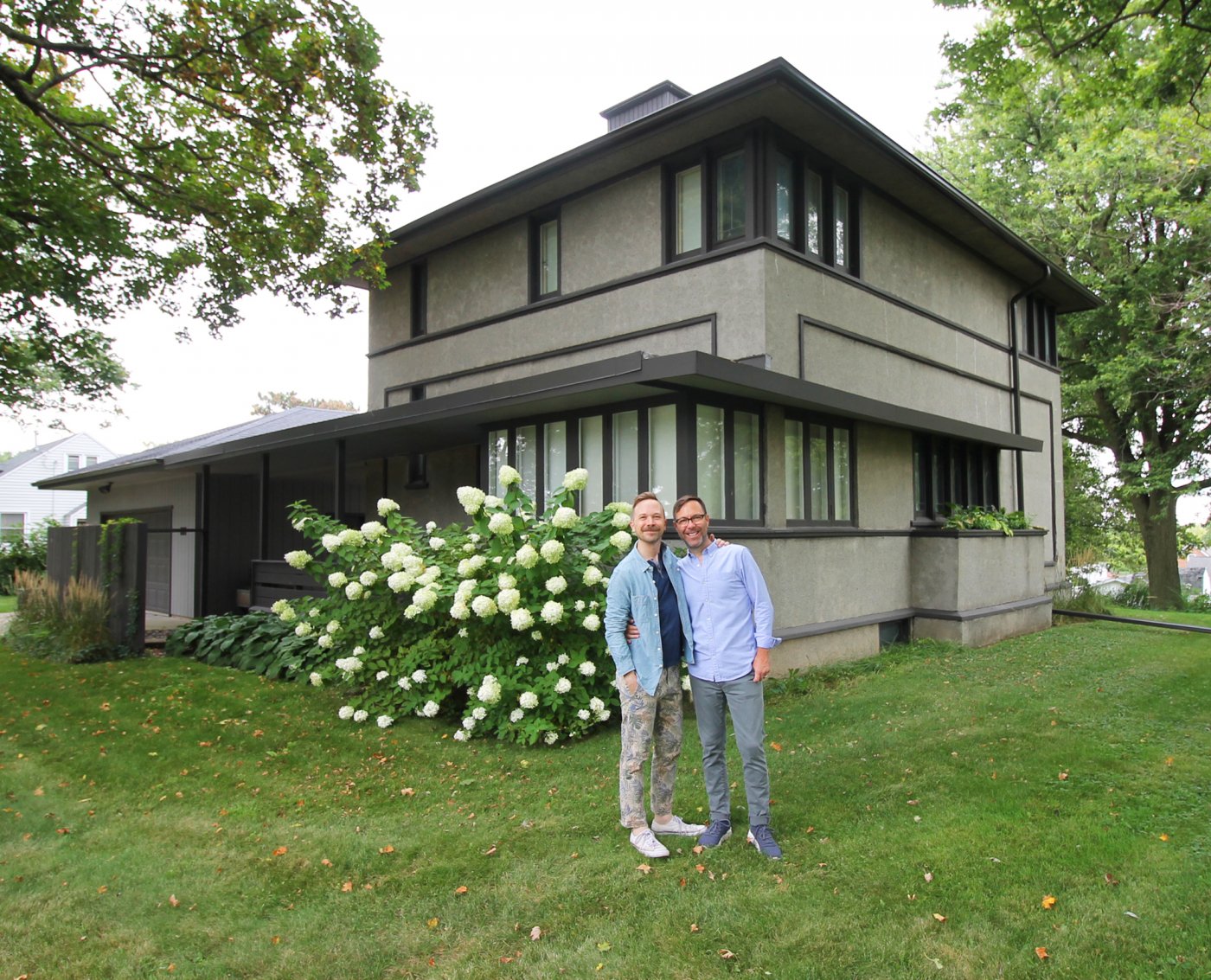 Jason Loper and Michael Schreiber at the Meier House

Wright homeowners who participated in the Conservancy’s 2018 conference in Madison,...

On May 2, author Nicholas Hayes will give a book talk and virtual tour of the Murphy...