What does the UNESCO World Heritage listing mean for Wright homeowners?

In 2019, the 20th Century Architecture of Frank Lloyd Wright was inscribed to the UNESCO World Heritage List, the culmination of a decades-long effort on the part of the Frank Lloyd Wright Building Conservancy. While the announcement is no longer breaking news, the inscription will have a lasting impact on Wright homeowners and public sites far into the future.

The founding purpose of the UNESCO World Heritage List was to safeguard cultural treasures from wide-ranging, potential threats. The act of formally recognizing these sites and the “resulting prestige often helps raise awareness among citizens and governments for heritage preservation. Greater awareness leads to a general rise in the level of the protection and conservation given to heritage properties (UNESCO).”

Inscription to the WHL signifies that Wright’s architectural work is universally recognized to be of global consequence. Establishing the cultural worth of Wright’s canon as commensurate with that of the Egyptian Pyramids, the Great Wall of China and the Cathedral of Notre-Dame. “Cultural worth” is a term I’ll be using to describe the cultural significance of Wright buildings. Cultural worth stands apart from financial value. Cultural worth is the culmination of what we universally believe to be humanizing, ennobling, edifying, beautifying, inspiring and civilizing throughout human history.

Eight buildings were identified by the Frank Lloyd Wright Building Conservancy to represent the scope of Wright’s Twentieth Century work. They were chosen, not because they were the best works by Wright, but because they best exemplified three determining criteria distinguishing his work.

Those criteria were described in the nomination. “The Outstanding Universal Value of the series is manifested in three attributes” as determined by the nominating committee. Buildings in the serial nomination:

It can be said that most of Wright’s buildings possess these three distinguishing properties to one degree or another. But the eight buildings identified, exemplify the attributes to their fullest, while also being broadly distributed across the expanse of Wright’s long career. In addition, to be included, each building had already attained legal protections and National Historic Landmark status, both prerequisites to the nomination. 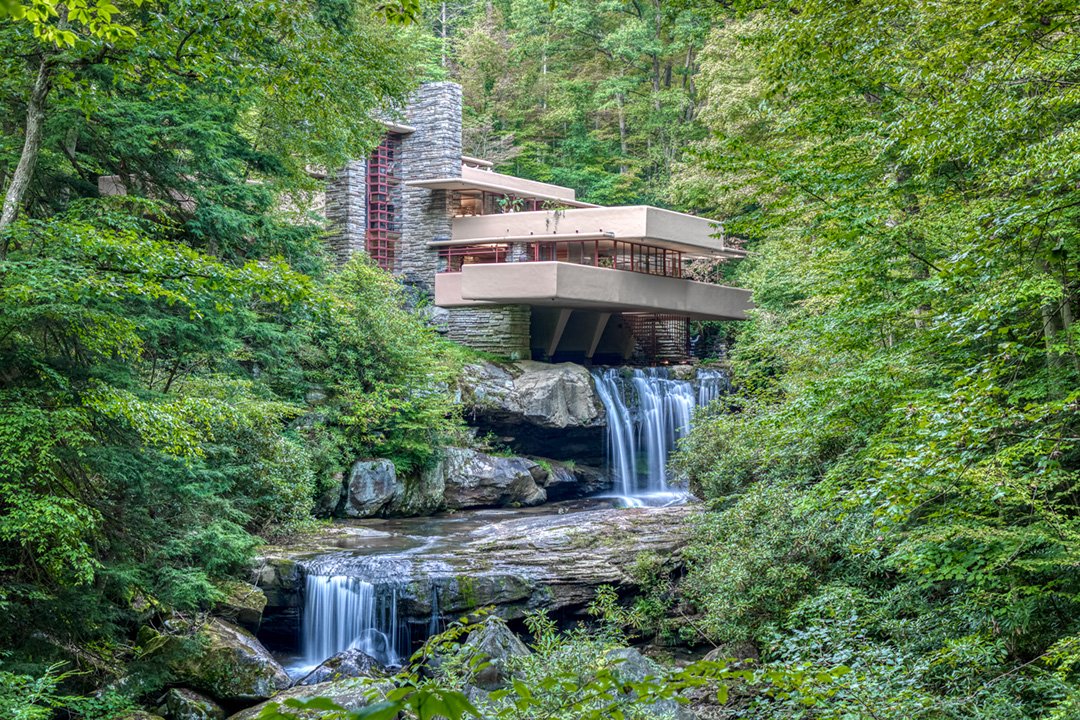 The eight sites are:

While the international recognition emanating from the UNESCO World Heritage listing has celebrated those representative buildings, to date, little has been made of what the honor means for the hundreds of privately owned Wright houses and public sites. It’s time to reconcile how the eight nominated masterpieces relate to the full breadth Frank Lloyd Wright’s architecture, including the 47 or so houses built prior to 1900.

The World Heritage inscription reads: The 20th Century Architecture of Frank Lloyd Wright. But the title is not literal. The listing does not specifically canonize all buildings brought to fruition between 1900 and Wright’s death in 1959. Neither does it celebrate what might be confused as his eight greatest buildings. Instead, the listing identifies eight masterpieces from Wright’s oeuvre that collectively illustrate his defining ideas on organic architecture. The listing recognizes the principles underpinning his architecture. More importantly, and pertinent to this discussion, The 20th Century Architecture of Frank Lloyd Wright elevates Wright, America’s greatest architect, to the world stage as an architect of global significance. Both of these things should be meaningful to Wright stewards, because they impact equally on all of Frank Lloyd Wright’s built works. The ripple effect of the UNESCO inscription dramatically impacts the cultural worth of all his buildings, and consequently offers the potential to contribute to the long-term wellbeing of every extant Wright structure.

Now that Wright’s architecture is the subject of international acclaim, it’s time for us to revisit, with fresh eyes, his vast body of work, and reconsider how to best protect it, while living in it, enjoying it and sharing it through new scholarship, renewed appreciation and increased opportunities for public access. 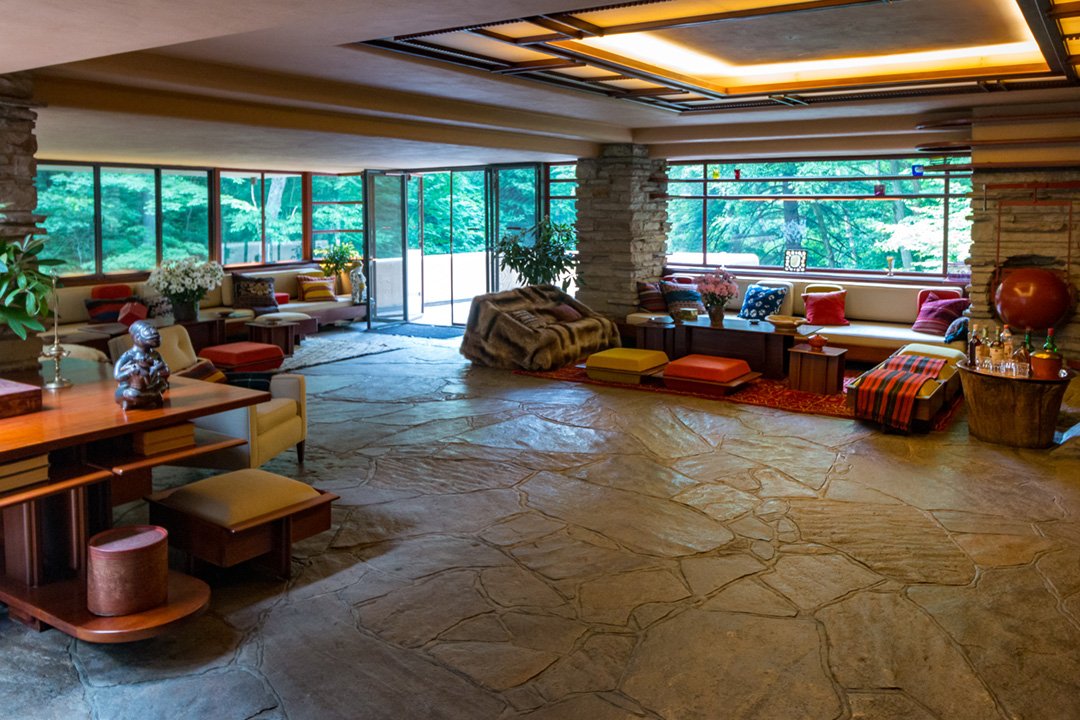 As the concept of the house museum continues to evolve, a popular expression chides, “A house is not a museum.” Today’s house museums are not supposed to be precious, untouchable, photo-free environments they say. And no, your house is probably not a museum, but it might just belong in one. It is after all a major work of art. Ponder that, if you will. Museums, the domiciles that house major artworks, themselves are changing. Efforts are being made to bring collections to life in new ways, with increased relevance, and to convey richer narratives sometimes through the use of experiential new media. One aspect of a museum that will never change is the need to protect the original objects that are housed in them. More than ever, we need to focus on what it means to protect Wright’s built work. Even if you do consider your house to be a house museum, it is itself an object in a larger collection. This is how I propose we start considering Wright’s built works, as individual compositional ideas and themes, woven into the fabric of one magnificently grand opus.

Every Frank Lloyd Wright designed building is a treasure to be sure. In affirming Wright as a master architect of global import, The 20th Century Architecture of Frank Lloyd Wright bestows all of his buildings with an elevated measure of cultural worth. While cultural worth may have some affect on financial valuation it is not tied to it. As always, Wright houses can be seen through a domestic lens. They are the habitations of real people and families. They are objects of financial value and are traded as real estate. They are recognized and admired for their beautiful aesthetics, always of an era, and yet somehow eternal. They are wonders of space and time in their spectacular explorations of form and volume. And now we must consider them in one other way, as globally recognized, cultural artifacts—the places and forms that define Frank Lloyd Wright’s many contributions to American life, the most compelling reason ever for them, all of them, to be studied, appreciated and preserved intact for future generations.

A special thank you to Lynda Waggoner, who helped me navigate the intricacies of the 20th Century Architecture of Frank Lloyd Wright UNESCO World Heritage Listing.

This is the first in a four-part series on what the UNESCO World Heritage listing means for homeowners and their Frank Lloyd Wright homes. To come:

An auction listing incorrectly described a lamp as having been designed by Wright...