Threatened house was saved and has been restored and renovated

Gale and Ricky Rothner at the Millard House

In late 2015, Highland Park, Illinois, resident Gale Rothner drove down Lake Avenue and saw something that concerned her—a notice for an application to demolish the George and Alice Millard House, designed in 1906 by Frank Lloyd Wright. The prior owners had marketed the house for sale for more than three years, but were unable to sell it. Potential buyers gave feedback that the house needed a lot of work and it did not have the conveniences that 21st-century buyers expected. Financially unable to carry the house much longer, the owners applied for a demolition permit from Highland Park by July of 2015. This would allow them to clear the site and open up the property to new development. They received conditional approval for the permit on October 8, 2015. Having listed the house on its Wright on the Market website since 2012, the Frank Lloyd Wright Building Conservancy actively worked to find a solution to save the house.

“I thought, ‘This house should not be demolished, something needs to be done!’” Rothner remembers. In response, she took the most direct action possible to save the house: She bought it. Four years later, the house is in a very different condition than it was when she took ownership. Rothner and her design and construction team, including architect Douglas Gilbert, have given the house new life by making major infrastructure improvements and sensitively updating it to meet contemporary expectations.

Rothner and her husband Eric live nearby in a 19th-century house that they brought back from the brink of ruin, so she was not a novice to restoring and renovating a historic structure. Each project has its own unique challenges, though, and the Millard House was no exception. The previous owners had worked with architect John Thorpe on a limited basis to upgrade the house. Thorpe, a longtime Conservancy board member and leader of its Advocacy and Technical Services Committees, was well known for his careful renovations of numerous Wright-designed buildings. Rothner planned to work with Thorpe on the Millard House. After Thorpe’s sudden death in January 2016, she turned to Gilbert, who had worked with Thorpe and also had independent experience on several Wright buildings. Her contracting team included Landmark Construction and subcontractor Felix Pacheco of Highland Construction.

“I thought, ‘This house should not be demolished, something needs to be done!’”

Noticeable changes begin in the house’s entry hall, where Rothner’s team recreated a bench that originally separated the entry door from the hall’s main space. Floors and wood trim throughout the house were refinished.  Pacheco refurbished each of the house’s 68 art glass window frames so that they now easily open and close. Outside the living room, low garden walls were rebuilt to Wright’s original design. These walls are important design elements, reinforcing the house’s horizontality and helping to tie the building to its site. The wall on the east of the living room also gives privacy to a new deck added off the den.

Rothner is particularly proud of the kitchen. She and Gilbert marked out several options on the floor of the small space before she made her decision on the final scheme. The room was too small to allow a well-functioning cooking space and meet contemporary expectations for an eat-in kitchen. Rothner’s daughter weighed in, recommending that the kitchen and dining room be opened up to one another. To do this Rothner took a nod from Wright’s original plan. Wright originally designed built-in cabinets and shelving for an alcove in the dining room wall adjacent to the kitchen. George and Alice Millard constructed the alcove, but not the built-ins. The new design opened the upper wall of the alcove, creating a pass-through between the rooms, and provided a counter and cabinets below, facing both kitchen and dining room.

In the northeast corner of the house, Rothner changed a maid’s room and bathroom into a mud room and powder room. The mud room contains laundry facilities and a pet sink, as well as access to the new two-car garage, discreetly attached at the least visible corner of the house.

Upstairs the original layout included three bedrooms, two baths and a sewing room. One of the commonly noted drawbacks by prospective buyers in the past was the lack of a master bedroom with attached bath. Rothner rectified this by turning the sewing room into a dressing room and bath for the adjacent bedroom. Similarly, she united the two existing bathrooms with the other bedrooms, creating a total of three master suites. Each bathroom was updated. The bathrooms’ cabinet-lined dressing areas free up floor space in the bedrooms for sitting areas instead of storage.

The basement underwent some of the least visible—but most important—work to bring the house up to date. Underground, around the exterior of the basement wall, contractors installed a completely new perimeter drainage system. Before renovations, the basement’s poor condition and low ceiling height made it impractical as a living space. In the course of renovations, Rothner decided to lower the basement floor by almost a foot, providing the house with additional living space, including a bedroom and full bath. The heating system was completely redone, air conditioning was added, the entire piping system for the plumbing was replaced and the wiring, which included original knob and tube wiring, was fully updated.

From the beginning, Rothner did not plan to live in the house. Her goal was to save it from demolition, then to have the proceeds from its sale go to charity. During the course of the project, though, Rothner says she and her husband fell in love with the house and seriously considered moving in. In the end, they decided to stick with the original plan, and Rothner is now in the process of donating the house to the Jewish Federation of Metropolitan Chicago, which will sell the house and retain the proceeds.

When the Millard House goes on market this time, it won’t be a restoration project: According to Rothner, the house is now move-in ready in a way it definitely was not before. In the renovations, she has remedied previously deal-breaking infrastructure issues and provided amenities demanded by most contemporary buyers. In this way, she feels she has helped to ensure the future of a house that was nearly lost.

“My deepest wish is that this house finds an owner who will love it and take care of it,” she says.

The Conservancy looks forward to working with the Jewish Federation to see that Rothner’s wish is fulfilled. 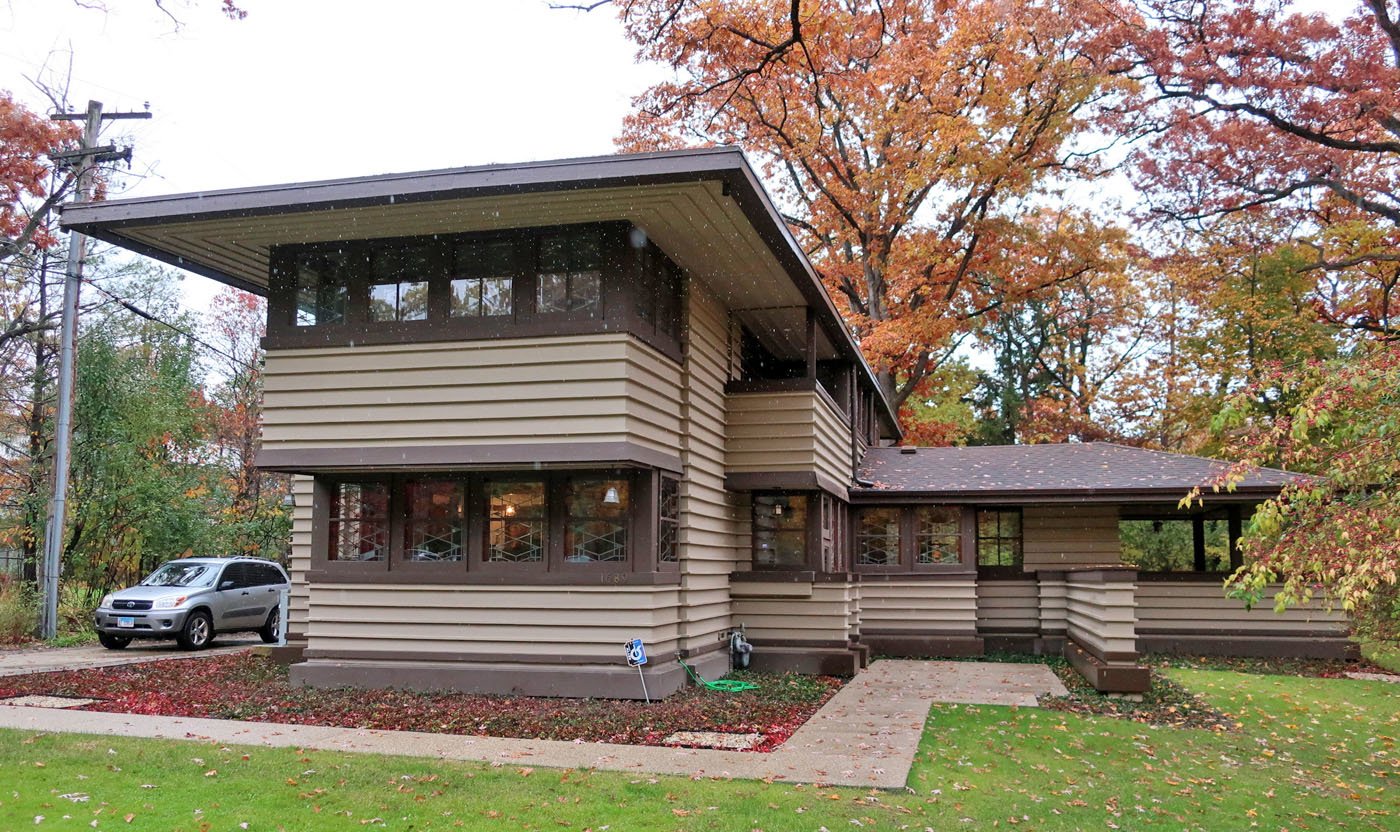 What does the UNESCO World Heritage listing mean for Wright homeowners?